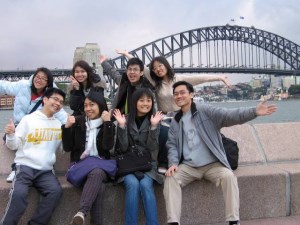 Spending by international visitors reaching a new high of $41.3 billion for the year ending December 2017, according to a new survey.

This is an increase of six percent on the previous year and represents an additional $2.2 billion to the Australian economy.

Almost all states and territories saw growth in spending by international tourists during the year, with most recording double-digit increases.

Tasmania continues to enjoy the strongest growth in the country, with spending by international tourists surging 31 percent during the year – up 90 per cent over the past three years.

The new spending records are revealed in the latest International Visitor Survey (IVS) released this week by Minister for Trade and Tourism, Steven Ciobo.

Chinese tourists remain Australia’s biggest spenders, pumping a record $10.4 billion – a 14 per cent increase from last year – into the economy.

Mr Ciobo said the exceptional growth comes off the back of the successful 2017 China Australia Year of Tourism and increased aviation capacity secured by the government.

Spending by visitors from the United States also continues to grow, up three percent to $3.8 billion.

“The Turnbull Coalition Government is working to supercharge this through Tourism Australia’s record investment in the US with the new Dundee campaign,” said Mr Ciobo.

The campaign, which first appeared as a trailer for a new Crocodile Dundee film before being revealed as a tourism campaign, aims to grow the US market to $6 billion by 2020.

“Initial feedback from campaign partners and the industry has been overwhelmingly positive, with reports of a significant increase in booking enquiries and leads."

Other top performers for the year included India and Hong Kong. India recorded the strongest growth with visitors spending a record $1.4 billion, a 16 per cent increase.

The International Visitor Survey is available at: www.tra.gov.au