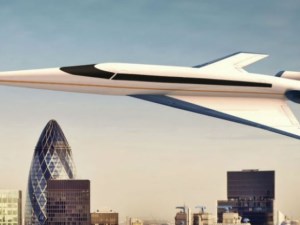 A US-based aerospace engineering and design firm has unveiled a new supersonic jet that is set to become the world’s fastest airliner.

The dual-engine S-512 Supersonic Jet is designed to ferry 18 passengers between London and New York City in just three hours, flying 724 km/h faster than any other civilian jet.

The developers claim the S-512 is even faster and more exclusive than the SABRE engine that British aerospace firm Reaction Engines Limited says will take 300 passengers anywhere in the world in just four hours.

The concept was first announced in 2013, and since then, the team has been working on making the design as safe, fast, and cost-effective as possible.

"The past 18 months have resulted in significant improvements in all three factors and in a few additional areas like sonic boom, range, and comfort," says the Spike Aerospace team.

They claim the new wing and tail designs will reduce wave drag and fuel burn, which in turn will increase the plane’s range during both low-speed flight and supersonic cruise. Right now, its range is listed as 10,334km, and its maximum altitude is expected to reach 15,240km.

And Spike Aerospace says passengers travelling on the new jet between two of the world’s greatest cities can expect exceptional comfort and service. 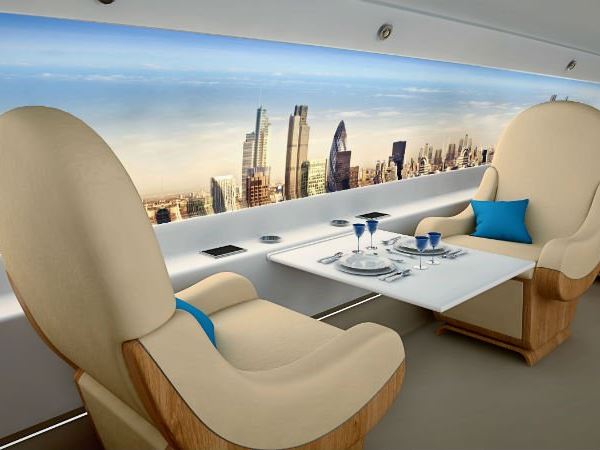 The company has not yet announced the date of the maiden flight.

Nor has it announced the cost of travel.

But with a price tag of between US$60 and $80 million for each jet and only 18 passengers flying in it at any given moment, don’t expect any budget rates.

These flights will probably only be available to the likes of Saudi princes and rock stars.

But if or when the project actually gets off the ground, it could mean great things for future air travel as supersonic air travel becomes more cost-efficient.

Let’s hope it becomes the only way to fly.