'The India free trade deal will give Australian businesses unprecedented access to one of the world’s fastest-growing economies’
David Knowles-Pitcher Partners read more
Our new e-magazine is OUT NOW. Click here to read.
REGISTER ADVERTISE
SUBSCRIBE TO OUR FREE NEWSLETTER
PUBLISHED | MARCH 3, 2015
COMMENTS | NONE
Tweet

Luxury travellers say it’s no longer about the price 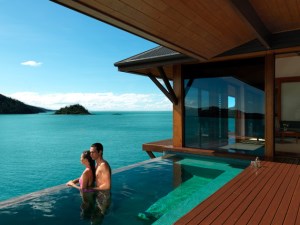 A new luxury travel survey has found that price is no longer the main concern for high net worth Australian travellers.

They are now looking for “genuine, personalised” experiences and a high level of attention to detail when travelling.

Luxury travel network Virtuoso, in conjunction with the five-star qualia resort, released the findings of their Australian Luxury Travel Survey in Sydney recently.

More than 2,500 respondents, all of which are clients of Virtuoso-affiliated advisors and qualia, were asked to provide feedback on some key trends shaping their travel decisions.

“The elements driving the luxury market are a feeling of connectivity, authenticity and a sense of place,” said CEO and Chairman of Virtuoso, Mr Matthew Upchurch.

“People want genuine, personalised experiences and whilst this is a global trend, it is more prevalent in sophisticated markets like Australia.”

Mr Upchurch saidAustralians have always been big travellers with holidays being a critical element in their lifestyle.

“They often invest more time than others to explore the world and there is a clear movement towards cultural authenticity and connectivity,” he said.

Almost 60 percent of those surveyed believe luxury is no longer defined by price.

And 66 per cent of respondents expressed a preference for short breaks of two to four days in Australian holiday destinations.

With limited leisure time available, Australian businessmen and women are looking for local luxury experiences without the long travelling time.

Almost 60 per cent of survey respondents commented that environmental issues have become more of a concern to them in the past five years, with a strong emphasis on protection of national treasures such as the Great Barrier Reef, wildlife conservation and combatting climate change.

“Personalised attention to detail is highly desirable in this ‘new’ luxury market, the individual needs of clients must be recognised – we are entering the era of bespoke tailored travel, away from the cookie-cutter programs sold on mass,” Mr Upchurch said.

Australian luxury travellers are also well engaged with environmental issues, with almost 60 percent saying these issues have become more important in the past five years, with a strong pull towards issues such as protecting the Great Barrier Reef, wildlife conservation, climate change and pollution.

Cruising is another longstanding trend internationally and for Australian luxury travellers, the survey found.

River cruising has become the number one trend out of the US and Canada, followed by multigenerational travel, while the most popular “emerging” destination’ is Croatia.

The survey found the most powerful influence when making a decision on a luxury travel destination is word of mouth, with traditional media and travel advisors also ranking highly.

“People are mostly influenced by recommendations from a friend they know and trust,” said Mr Upchurch.