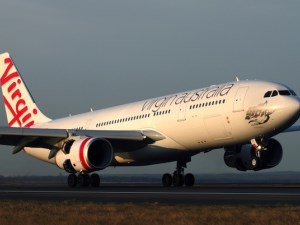 Virgin Australia is planning to launch direct flights to Hong Kong and mainland China later this year in direct competition to Qantas and Cathay Pacific.

The new flights, to begin from June this year, are part of a proposed new alliance agreement with three Chinese carriers – HNA Aviation, Hong Kong Airlines and HK Express – on international and domestic flights.

Australia's second-largest airline has applied to the Australian Competition and Consumer Commission for permission to form the new alliance.

Virgin is keen to tap into opportunities in China, which is Australia's fastest-growing inbound travel market.

This follows a move by Qantas last month to resume flights between Sydney and Beijing, more than seven years after it axed services to China's capital.

Qantas and its codeshare partner Cathay Pacific currently dominate the route to Hong Kong as the only carriers flying non-stop from Sydney or Melbourne.

Virgin Australia Group CEO John Borghetti said: “This new alliance will be a game changer for travel between Australia and China, providing significantly more competition and choice for travellers.

“We are excited about introducing direct Virgin Australia flights – and our famous customer service – to Hong Kong, together with access to destinations across China.

“The alliance will accelerate and support our access to the Chinese market.

“HNA Aviation fly nearly 100 million passengers each year and we look forward to working collaboratively with them to drive inbound visitation to Australia, resulting in significant benefits for the Australian tourism industry and broader economy.”

HNA Group bought a 13 per cent stake in Virgin last year and later increased its ownership to 20 per cent.

Virgin Australia services to Hong Kong will be operated using Airbus A330 aircraft, which feature the airline’s award-winning Business Class, The Business. The alliance will offer guests on these services onward connections to destinations in mainland China on services operated by Hong Kong Airlines. Further details, including departure port/s in Australia, schedule and pricing, will be released in coming months, and the flights are subject to regulatory approvals. Virgin Australia also plans to introduce direct flights between Australia and mainland China in further stages of the agreement.

Under the agreement, Velocity Frequent Flyer and Fortune Wings Club members will be offered reciprocal benefits.