Australia’s world-class cyber security capabilities on show in US 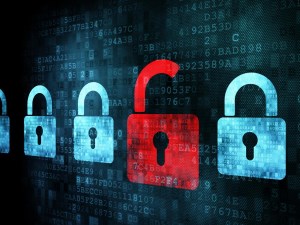 Australia’s world-class cyber security capabilities and researchers will be showcased to global players attending the RSA Conference in San Francisco next year.

Nicola Watkinson, Austrade’s Senior Trade and Investment Commissioner for North America, said the US is recognised as the global leader in cyber security, with four of the top five cyber security vendors headquartered in the US.

“The industry is based around technology centres which are mapped out in our recently released Cyber Security US Clusters Report. The US federal government is the primary driver of the US cyber security industry, followed by the banking and finance, healthcare, critical infrastructure and ICT industries,” said Ms Watkinson.

The US federal government’s initiative to improve cyber security for critical infrastructure positions it as the biggest spender and supporter of cyber security in the US, with US$19 billion (A$25.1 billion) budgeted for 2017.

Outside of the government, the banking and finance sector spends the most on cyber security, which is projected to exceed US$68 billion between 2016 and 2020.

Last year JPMorgan spent US$500 million on cyber security, while Bank of America has announced cyber security is its only division without a spending limit.

“Recently I had the opportunity to visit the Citibank Cyber Fusion Centre,” said Ms Watkinson. “The way in which leading private-sector players are grappling with cyber threats provides some great examples of industry best practice, and a chance for Australian solution providers to see where the trends are heading and how they can capture a piece of this growing business.”

San Francisco’s Bay Area is a cyber security hotspot in the US and receives the most venture capital investment in the country. A total of US$12 billion (A$15.8 billion) was invested in the first two quarters of 2016.

Ms Watkinson said leading global cyber security firms Symantec, Intel, Palo Alto Networks, Cisco and FireEye all have their headquarters in the Bay Area and have established a presence in Australia.

“This provides Australia’s cyber security businesses with an added advantage. We are also assisted because Australia is a popular testbed for technology, as well as the home of some of the best cyber security research institutions, making us an attractive ecosystem,” noted Watkinson.

“Beyond The Bay, other established clusters are found in DMV (Washington D.C., Maryland and Virginia), Massachusetts (Boston), the New York Tri-State Area and the San Antonio-Austin Corridor.

“US companies across finance, defence, critical infrastructure and healthcare are rapidly gearing up to address cyber security threats. Australian companies looking to grow their business should consider working with Austrade to tap into market trends, new government initiatives and the extensive network of contacts available to capture this market opportunity,” said Watkinson.

RSA Conference 2017, to be held from February 13-17,  marks the 26th anniversary of the world’s leading information security conference.

The mission also builds on the ongoing initiatives being implemented by Australia’s Landing Pads program, launched in February this year in San Francisco – the first of five global locations.

The Landing Pads program, managed by Austrade, is part of the Australian Government’s National Innovation and Science Agenda to help Australian entrepreneurs bring their ideas to market and build high-growth, high-return enterprises.

Visit Austrade’s US Market Profile for more information about doing business in the United States.