‘UK wine exports are at their highest level in a decade’
Rachel Triggs, Wine Australia read more
Our new e-magazine is OUT NOW. Click here to read.
REGISTER ADVERTISE
SUBSCRIBE TO OUR FREE NEWSLETTER
PUBLISHED | JULY 7, 2017
COMMENTS | NONE
Tweet

We can’t police drones effectively but we can better regulate 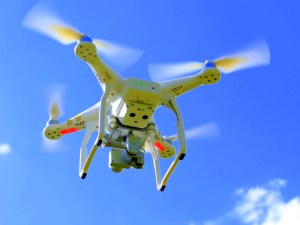 As the issue of drones invading privacy – or causing accidents – heats up, I can say that importing laws offer little solace for victims, but they could be a good starting point for regulation.

CASA has openly said it has difficulty policing the use of drones because, with a huge 5km reach, and no license or registration necessary, the user of an illegally-operating drone is virtually impossible to locate. But it is an absolute fact that if we are to protect the safety of airspaces and the privacy of individuals, Australia needs strict rules to manage drones.

If this can’t be achieved in policing, then it should certainly begin in importation and distribution.

While I 100 per cent support the authorities continuing to work on an adequate policing system, including a system of licensing for the operation of drones, I accept that aviation regulators globally are struggling to find an effective way.

So let’s look at regulation around imports, which is my area of specific interest. Is there an opportunity for CASA to put in place licensing around the importation and distribution of drones? I believe there is.

If drones were to be specified as a controlled item, and therefore a permit required to import them, this permit number would be required on the import declaration before Border Force (ABF) could release the goods, following Prohibited Imports Regulations. This would prevent individuals from importing without a license, meaning authorities would know who imports drones and how they are being distributed.

This is not foolproof of course. It is only the starting point. The flaws with the plan are mostly around the risk of a black market economy of unlicensed drones due to insufficient checks at

Customs. It is yet another element of the Pandora’s Box of problems we already face with low-value imports, exposing a sore point with the Border Force.

But at least with my proposed plan for appropriate rules and processes, for the first time there would be a basis from which regulation could begin and rules could be actively enforced, rather than our current situation of ‘ticking and flicking’ – or in other words no regulation, no checks and therefore absolutely no control.

The future of tech commodities, especially recording devices, is that increasingly we can expect newly introduced items to challenge our traditional laws about safety and privacy.

Not keeping up to date with trends

Last year it was hoverboards (and they posed their own issues), last year and this year it is drones. They are both, quite simply, brilliant examples of the legislation not keeping up to date with trends.

So while authorities take the long road towards appropriate regulation of use, I want more confidence that authorities are doing what they can to protect us through regulatory measures that are immediately possible. As a citizen, I would expect immediate action.

As a customs broker, I understand that this action is immediately possible, with support from CASA, the ABF and the Australian government.