‘UK wine exports are at their highest level in a decade’
Rachel Triggs, Wine Australia read more
Our new e-magazine is OUT NOW. Click here to read.
REGISTER ADVERTISE
SUBSCRIBE TO OUR FREE NEWSLETTER
PUBLISHED | JULY 1, 2016
COMMENTS | NONE
Tweet

No silver lining for container shipping in Brexit storm 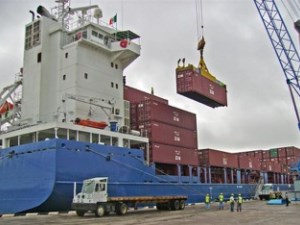 The UK’s decision to leave the European Union will impact negatively on all parties involved in the container shipping segment, says a leading global industry service provider.

Xeneta, a leader in software solutions for containerized ocean freight, believes all sections of the industry will be affected by the decision – from shippers, to freight forwarders and the container carriers themselves.

It says the only thing that is certain now is uncertainty.

“Rates for shipping 40-foot containers have effectively collapsed over the past two years – with the short term average for Shanghai to Rotterdam now standing at 60 percent below its Summer 2014 level. This has been driven by chronic over-capacity and cut throat competition. Now we have Brexit to contend with.

Mr Berglund says that anything impeding free trade raises costs, but not to the benefit of any of the parties involved in the container supply chain.

“For the last 40-plus years the UK has been part of a mega trading block capable of negotiating the most favourable trade treaties – and therefore import duties – with other blocks and nations, he says.

“Now, all of a sudden, it’s going to have to sign new treaties with everyone, without the bargaining power of the EU in its corner, and that will undoubtedly lead to higher duties, and therefore costs for shippers.”

In terms of supply chain management, the decision looks certain to cause further headaches, as Berglund explains: “Optimal supply chain management relies on a quick and efficient international logistics network, and it goes without saying that guarded border crossings impede that process. The flow of containers will face a new bottleneck, increasing complexity and potentially forcing shippers to consider alternatives – such as more local sourcing (meaning less shipping), or re-positioning facilities in territories more conducive to easier trading.

“Supply chains in today’s globalised trading arena are complex and inter-connected, yet fine tuned to run efficiently, taking the path of least resistance wherever possible. Container shipping is an integral part of this, with all parties relying on smooth operation and predictable deliveries. The Brexit decision is like throwing a spanner in the works of this well-oiled machine.”

Mr Berglund says it’s impossible to predict how the decision will impact on freight rates in the immediate future, citing the fact that the segment was unpredictable enough before this political bombshell exploded.

However, Alphaliner, a leading analyst for the liner shipping industry says Brexit will have minimal impact on container shipping.

The UK’s decline as a container shipping hub started long before the Brexit vote last week, it told joc.com.

British flagged vessels accounted for 3.7 percent of global capacity and UK – and controlled ships made up just 2.2 percent of the world fleet measured in TEUs.

Alphaliner says the steep slide of the pound sterling against key currencies following the vote is expected to reduce UK imports in the short term, especially from Asia.

This will intensify pressure on the “fragile” recovery on the Asia-Europe container trade.

Container volumes from Asia to North Europe grew by 2.7 percent in the first four months of the year, according to Container Trade Statistics, with the UK accounting for less than 15 percent of the market.

According to Alphaliner the risk of an economic downturn in Europe likely will have a bigger impact on container shipping “and a corresponding fall in global container trade volumes could only worsen the current supply-demand gap further.”

Container supply will grow by 3.6 percent this year, outpacing global demand growth of only 1.3 percent, the analyst forecasts.

“The Brexit vote could bring further market uncertainties and raise the cost of capital for container ship owners, particularly European companies, which account for 54 percent of global capacity,” says Alphaliner.