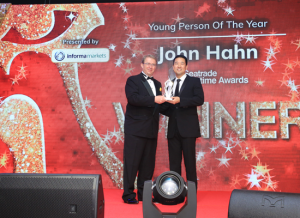 John Hahn is changing the way exporters do business.

After holding high-powered positions with two leading global shipping companies for more than a decade, he was convinced the industry needed a major overhaul.

So, in 2015 he and co-founder Michael Guo, gathered a small group of commodity traders, chartering managers, ship brokers, and Silicon Valley computer engineers to develop a new platform to help exporters and importers seamlessly ship and track freight across the globe.

Global mining giant BHP Billiton is one of many industry leaders on its client list.

“We handle just about everything that’s sent by sea,” says Hahn.

“You can even use OFE to do a Deep Analysis on your competition.”

Hahn says the company is totally independent with no ties or funding from any brokerage firms.

“We are proud to have no conflict of interest, unlike others,” he says.

In just over three years OFE has grown from a three-person startup to a major shipping industry player.

The company now employs 25 fulltime staff and has offices in Singapore, Los Angeles, Mexico and Indonesia.

Also, it has attracted investment from leading venture capital firms and high-profile individuals across the US. 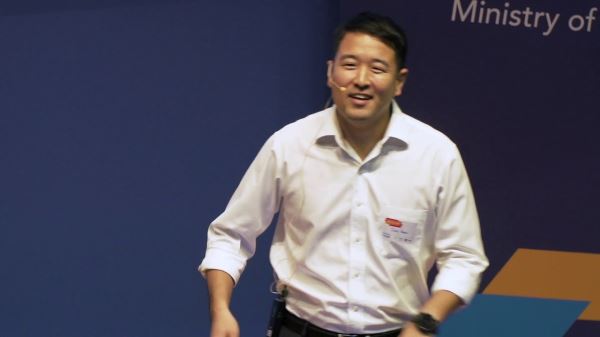 Investors include Corigin, NextView (the Co-Founder of Linkedin), Accomplice, and Foundation Capital (an early investor in both Uber and Netflix).

Shipping icon Peter Evensen, a former President and CEO of Teekay Corp and Head of Global Shipping at JPMorgan Chase, is a key supporter.

“We were oversubscribed in foundation capital by more than three times and we shunned an additional US$5 million of investment last year,” Hahn admits.

“We raised what we felt we needed to get to the next level. It’s hard to say no to $5 million, but I think we made the right decision.”

Last year, OFE won the Singapore government's prestigious Pier71 technology competition, against an impressive field of 122 top tech startups from across the globe.

And earlier this year, Hahn was honoured in Hong Kong at Seatrade Maritime Awards Asia with the Young Person of the Year 2019 award.

Born out of frustration

Since leaving college Hahn has had a strong passion for all things shipping.

He was a Fulbright Scholar and a lieutenant in the US Navy Reserve as well as a US Merchant Marine Academy graduate.

Before launching OFE he led chartering and trading desks as Managing Director at Noble and Trader at Louis Dreyfus Commodities.

He says the company was born out of frustration while he was working at those companies.

“We just didn’t have the right information to work efficiently,” he says.

“We felt we could do a lot more if we branched out and developed technology that could solve many of the issues and frustrations we had encountered.

“We knew all the pain points intimately.”

Hahn says the OFE platform is competitively priced – in some cases a third of the cost of its major competitors.

There a broad range of subscription options available – and a free trial for first time users.

While the company does not currently have a presence in Australia, Hahn encourages Australian exporters to use the service.

“Brokers in Australia can use the exchange to match cargos and ships.

“It is totally secure,” he says.

“If they have a client who is trying to move Indonesian coal, for instance, they can now see what the future looks like for supply and demand – right up until the end of the year.”

Latest features include Predictive Analytics which predicts where vessels will be five months forward. That information is sent to larger companies via API.

And with a new Customising Fleets feature users can choose an owner and edit the fleet by adding and subtracting vessels. They can then send this list of IMOs to the TradeFlows product to see all analytics.

“We are rolling out a lot of new product,” says Hahn.

“You could say we’re now in the fun zone!”