'USMCA is the most important deal we've ever made by far’
US President Donald Trump read more
Our new e-magazine is OUT NOW. Click here to read.
REGISTER ADVERTISE
SUBSCRIBE TO OUR FREE NEWSLETTER
PUBLISHED | MAY 24, 2016
COMMENTS | NONE
Tweet

It’s time for a major overhaul in global container shipping 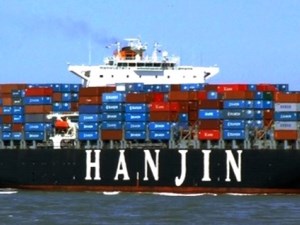 With ultra-low container rates, multiple operators teetering on the brink of bankruptcy, and tense relationships developing between those shipping goods and the carriers, a key shipping and logistics group says the industry must now evolve.

Based in Oslo, Norway, the company is calling for the introduction of “commodity” status, which it says would benefit both shippers and carriers.

For example, on the Shanghai to Rotterdam trade route the market average price for transporting a 40-foot container has fallen by 51% since July 1, 2014, currently standing at US$1294. Some Qingdao – Rotterdam boxes have been obtained for as little as US$100 during the past year.

“These rates are obviously positive for hard-nosed negotiators wanting to ship freight, but not for the industry, and not for anyone in the long-term,” Mr Berglund says.

Mr Berglund said only a handful of carriers managed to make a profit last year and some of the biggest players, like HMM and Hanjin, are close to bankruptcy.

This will hit not only shippers hard, but also consumers, as all those Asian-sourced retail and wholesale items on which the western world, Africa, and Latin America relies will become significantly more expensive.

“So, regaining a sense of stability wouldn’t just be a good thing for the containership vessel operators, but for all stakeholders, right through the entire chain.”

Mr Berglund, and the team working on the Xeneta platform, see the “commoditisation” of containerised freight as a solution.

Commodities are traded on highly regulated exchanges with transparent pricing.

Importantly, traded items can be hedged, buying or selling forward to manage exposure to risk. For example, in the case of aluminium, traded on the London Metal Exchange (LME), it is possible to buy or sell forwards by up to 123 months.

“At the moment shippers and carriers are at loggerheads, fighting to get the best prices in an unstable market,” Mr Berglund explains. “However, by trading the transport as a commodity, at a transparent price, both parties achieve security and get the option of buying or selling forward when they feel the price is favourable to their interests.

“For example, imagine how healthy a carrier would be if they’d sold forward three, five or seven years when China-Europe rates were in the US$1,500-2,000 range. On the other hand, imagine a shipper who bought freight contracts now for two, three or five years ahead, protecting themselves against future rate hikes when carriers go bankrupt, or when the Chinese economy recovers even by just 1 or 2 percent.”

Mr Berglund says big shippers, such as Walmart or Carrefour, could forward buy the appropriate number of TEUs for their needs and lock in product pricing and profit.

Meanwhile, carriers, such as Maersk, could sell forward capacity on newbuilds at the point of ordering to ensure their future profitability, rather than risking making huge investments in uncertain markets.

He concedes there are risks involved. For example, shippers who locked in at rates of US$1,500-2,000 two years ago would be “hurting now.”

“But that element of risk is the price to pay for both parties to gain predictability and transparency,” Mr Berglund says. “There are many things to consider, but with the transparent data that is now available it’s easier to make truly informed decisions. It has the power to transform this industry.”

The Xeneta CEO says he understands that his suggestion may seem radical, but points out: “Carriers and airlines already hedge fuel – so what’s the difference?”

“We track more than 60,000 shipping lanes with real-time, actual rates, while our indexes are comprised of over 12 million contracted rates,” Mr Berglund says.

“We know the market inside out, giving shippers and freight forwarders the data they need to get the right price for their cargoes. That same data could be used to set prices on an exchange, providing transparency, fair agreements and stability for a sector that is undergoing huge upheaval.”

“Both the carriers and the shippers need each other to succeed, so it’s time they start working together in a way where they both can. An exchange would be the perfect platform for that.

“Containerized freight is a commodity that the world can’t do without.”