'The India free trade deal will give Australian businesses unprecedented access to one of the world’s fastest-growing economies’
David Knowles-Pitcher Partners read more
Our new e-magazine is OUT NOW. Click here to read.
REGISTER ADVERTISE
SUBSCRIBE TO OUR FREE NEWSLETTER
PUBLISHED | SEPTEMBER 9, 2016
COMMENTS | NONE
Tweet 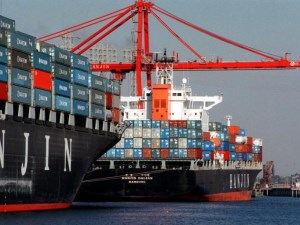 Hanjin Shipping has over 6 trillion won (US$5.5 billion) in debt and needs to pay mounting fees to resolve the cargo crisis.

Hanjin Group, the parent of the cash-strapped ship liner, has pledged the funds to cover some of those fees.

A South Korean court has asked Hanjin Shipping's main creditor, the state-owned Korea Development Bank, for emergency funding. But it is still unclear whether the banks or the government might provide more financing to resolve the immediate crisis.

Hanjin Shipping is seeking protection from creditors in dozens of countries, hoping to minimize seizures of its assets. With the company's assets frozen, its ships are being refused permission to offload or take on containers at ports worldwide, out of concern tugboat pilots or stevedores may not be paid. Out of 141 vessels the company operates, 68 were not operating normally, were stranded or seized this week.

South Korean regulators are directing Hanjin Shipping vessels to unload cargoes in a few key ports, including in Singapore and Hamburg, Germany.

With the country's largest ocean shipper idled and the shipbuilding industry also in crisis, a government task force is directing moves to salvage the container shipping sector, which like ocean shipping worldwide has been battered by weak demand and overcapacity.

"The government is making all-out efforts to minimize damage and loss of consignors," Finance Minister Yoo Il-ho told reporters. "Korean government-led response teams will be formed in the selected offshore ports to swiftly receive stay orders or guaranteed protection," Yoo said in Hangzhou, China, where he was attending a Group of 20 summit.

Officials appear set on a consolidation, without committing huge sums of taxpayer cash, of Hanjin and its smaller rival, Hyundai Merchant Marine, which already is being restructured.

Hanjin Shipping was handling nearly 8 percent of the trans-Pacific trade volume for the US market, and with its container ships marooned offshore, major retailers have been scrambling to devise contingency plans to get their merchandise into stores.

The shipping company has posted net losses every year since 2011.