'The India free trade deal will give Australian businesses unprecedented access to one of the world’s fastest-growing economies’
David Knowles-Pitcher Partners read more
Our new e-magazine is OUT NOW. Click here to read.
REGISTER ADVERTISE
SUBSCRIBE TO OUR FREE NEWSLETTER
PUBLISHED | SEPTEMBER 2, 2016
COMMENTS | NONE
Tweet 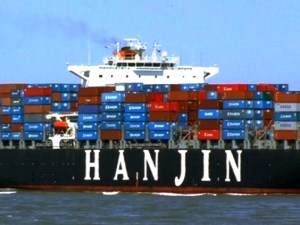 The collapse of South Korea's Hanjin Shipping has had a sweeping impact on global trade as exporters scramble to find freight alternatives.

And ports from China to Spain, the United States and Canada have refused entry to Hanjin vessels in what is traditionally the industry's busiest season ahead of the year-end holidays.

Hanjin Shipping Co, one of the world’s largest shipping lines, has stopped taking new cargo as US ports begin turning away its ships.

Hanjin moves manufactured products and consumer goods from electronics to clothing, furniture and toys destined for Amazon.com Inc. and other retailers.

LG Electronics, the world's No.2 maker of TVs, told Reuters it was cancelling orders with Hanjin and was seeking alternatives to ship its freight.

Asia-based freight brokers estimate about 25,000 containers are crossing the Pacific each day on Hanjin ships.

Three of its ships that were scheduled to berth at the ports of Los Angeles and Long Beach, California drifted off the coast yesterday.

Their contents bound for retail shelves, factories and warehouses is marooned indefinitely.

Uncertainty about Hanjin’s future raised concerns that its ships could be subject to seizure by creditors, clogging the ports.

South Korea's shipping and shipbuilding industry is one of the hardest-hit by a prolonged downturn in global trade.

A drop in orders has led to overcapacity and depressed freight rates, as well as an increase in debts.

The South Korean government is now looking to undertake a painful reorganisation of the entire industry, which will require major retrenchments.

Hanjin entered a voluntary debt-rescheduling plan in May to resolve its cash shortage, which creditors had expected to increase to as much as 1.3 trillion won (US$1.2 billion). The troubled shipper submitted a new restructuring plan to creditors, which unanimously viewed as insufficient.

Hanjin reported a loss of 474.1 billion won (US$425 million) in the January-June period, turning into the red from a 103.3 billion won profit a year earlier. The company posted losses for four of the past five years.

Falling orders along with continued losses resulted in an increase in debts. Hanjin had a total debt of 6.1 trillion (US$5.8 billion) as of end-June.

Shares of Hanjin remain suspended in Seoul after plunging by nearly 30% on Tuesday.