‘UK wine exports are at their highest level in a decade’
Rachel Triggs, Wine Australia read more
Our new e-magazine is OUT NOW. Click here to read.
REGISTER ADVERTISE
SUBSCRIBE TO OUR FREE NEWSLETTER
PUBLISHED | APRIL 5, 2016
COMMENTS | NONE
Tweet 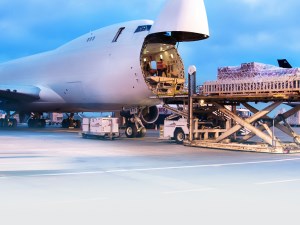 Supply chains across the world face a number of challenges and one of the biggest threats to the global supply chain is cargo theft.

Last year, according to BSI’s Supply Chain Risk Exposure Evaluation Network, damages caused by cargo theft amounted to $22.6 billion – and that figure is estimated to grow by a further $1 billion this year.

There are increased concerns particularly in China, Germany, India, Mexico, South Africa, and the US, BSI says in its latest report.

Other supply chain threats in 2016 include:

BSI says most cargo thefts in 2015 could be attributed to security issues.

South Africa has seen a 30% increase in cargo truck hijackings over the last year, with thieves using high levels of violence and switching from targeting only high value goods to also targeting lower value items.

In Europe, disruptions in trade caused by the ISIS terrorist group clearly highlighted the link between terrorism and the supply chain. Border controls in France following the November attacks in Paris are estimated to have cost the Belgian shipping industry $3.5 million.

Terrorist-linked smuggling rings were also identified to be colluding between Spain and the Middle East, the groups illegally transporting shipments of stolen electronics, drugs, weapons and other contraband.

Elsewhere, the Jordanian trucking industry suffered $754 million in lost revenue since conflict began in the Middle East in 2011.

In addition to theft, business continuity-related threats such as extreme weather events and political and social unrest, led to significant losses for individual companies and national economies last year.

This year, BSI has identified emerging health crises, such as the Zika virus, that could pose a significant threat to the global supply chain this year.

This may lead to work stoppages and protests similar to the supply chain disruptions seen in conjunction with the Ebola epidemic.

Factory strikes in China increased by 58% from the previous year due to pay disputes, as factory owners struggled to pay workers due to a slowing economy, leading to protests.

The withholding of wages was cited as a major cause in 75% of protests and generated losses of up to $27 million in the footwear industry. Labor unrest is likely to continue in China in 2016, regardless of whether the economy improves.

Numerous cases of child and forced labor were exposed in 2015, highlighting the need for visibility into corporate supply chain to mitigate the risk of human rights abuses.

Nearly 80% of Argentina's textile industry was found to be sourcing from unregulated facilities, where forced, child labor and poor working conditions are common.

BSI also noted an increase in the risk of child labor use in India due to the existence of loopholes in labor reforms approved in 2015.  In response to these and other recent concerns, European countries and the United States last year moved to pass laws mandating reporting on corporate social responsibility issues in corporate supply chains.

“If ignored, this could do serious harm to a company's hard-earned reputation."