The future of the global supply chain 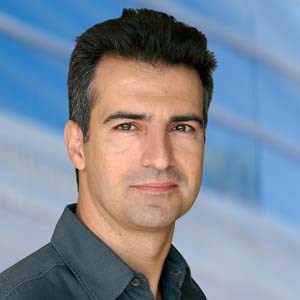 For the past decade and a half the decision around outsourcing has been a relatively straightforward one: it allows companies to cut costs, to make better use of their resources and to focus on growth. Over the past 18 months, however, we have seen that the business landscape has changed and the old realities no longer hold true. The future is not now about rapid growth. The risks of outsourcing are now more obvious, and its financial advantages much less clear. At the same time, some companies see big opportunities by in-sourcing and near-shoring. As a result many firms are now re-thinking their business models. Is outsourcing still the best option, or should they be trying to claim more of the value chain for themselves? Should they still be offshoring, or will near-shoring bring greater profits in the future?

In the past, deciding whether outsourcing was right for you was a matter of simple mathematics: what could you save? Outsourcing allows businesses to focus resources such as people and capital, transfer risks to suppliers, and free up more resources for sales growth. When businesses and economies are growing strongly, this works well. On top of it, growth tends to be very forgiving if you make a mistake. Now, however, businesses are preparing for a period of much slower sales growth and thinking instead about how to grow profits. Controlling more of the value chain is important here. As things stand, some companies see 60 to 80 of every 100 euros they sell go back to others in the value chain. If they control more, they get more. Other benefits of a vertically integrated business include the ability to get to market faster, and a faster flow of information. This in turn helps to reduce risk - something that has had a high profile association with outsourcing in recent months. Just think of the Gulf of Mexico oil spill: BP accused its supplier of providing a poor product and poor engineering, but ultimately it was BP that had to wear the damage. In the past, many companies thought that they could pass risks to suppliers, but it is obvious that they cannot. The risks stay with the biggest company. Vertical integration also offers protection against pricing volatility. The cost of many raw materials has become increasingly volatile - the price of commodities such as milk, iron and aluminium is changing by 50 percent a year - so some companies have decided that the best way to guarantee price stability is to control that part of the chain themselves. In some cases they may take over production directly, while in others they cooperate much more closely with suppliers, for example by agreeing on a price for two years. This moves us towards the next possibility, which is the creation of a new attitude of partnership between customers and suppliers along the value chain.

The current business model sees competition within industries, with growth measured by an increase in sales. With this approach, the power dynamic operates against collaboration between customers and suppliers. However, a partnership model would see groups of companies, customers and suppliers competing as teams across business models rather than between one another. In this scenario, growth is measured by an increase in profit, not merely in sales. One example: Apple is now lending money to its suppliers so that they invest in capacity for their components.

In recent years offshoring has allowed business to cut costs by 40 to 80 percent by moving manufacturing or other processes to cheaper countries. It has allowed firms to develop factories in the best possible economic location, thus taking advantage of economies of scale, consolidating centres of excellence, and freeing up resources that can be used to develop the core business. The actual level of consolidation depends on the industry: food businesses have a factory in each region they serve, pharmaceutical companies on each continent, and electronic and textiles businesses only one factory producing for the whole world. But the advantages of offshoring and global specialisation now need to be considered against those of near-shoring. These include market responsiveness, development of the local economy, risk reduction and being more environmentally friendly. Costs in the major offshoring destinations have risen rapidly, so there is no longer a clear financial argument to be made in its favour. Indeed, the way the economy is at the moment it might now make more sense for a company in Singapore to offshore some of its activities to Switzerland, rather than vice versa. Simultaneously, companies, governments and consumers are very concerned about the environmental implications of offshoring. Making goods offshore and transporting them considerable distances back to their market might add a significant carbon cost to the item. Returning activities close to markets - or 'near-shore' - will reduce this. We do not yet have the evidence to say that insourcing is out, or that businesses must stop offshoring and start inshoring; there are still good arguments on both sides. The whole debate has become more subjective - it is no longer possible to do the maths and say "solution x is the best". Instead, businesses must now recognise that they are operating in a new economic reality in which considerations that need to be taken into account are qualitative, not simply quantitative. Whatever happens, they must realise that their supply chains are critical in this new landscape. If you improve sales by 10 percent you improve profit by 40 percent, which is fantastic. On the other hand, if you improve purchasing by 10 percent you improve profit by 60 percent. There may not yet be a clear answer, but this figure demonstrates exactly why businesses have to start asking questions. -Professor Carlos Cordon is the program director of IMD’s Managing the Global Supply Chain program. He also works with companies in the areas of supply chain management, outsourcing and purchasing as part of IMD’s Partnership Program offerings.