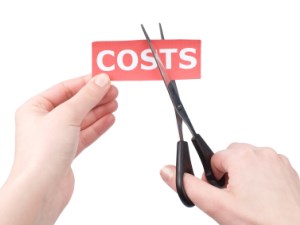 The National Commission of Audit’s recommendations to eliminate government assistance for exporters, would be “insane” say industry leaders.

The general manager of the Australian Institute of Export, Peter Mace, told SmartCompany today he would be “very concerned if the government took any of the actions” proposed by the commission.

Among the 66 recommendations contained in the commission’s 900-page report are proposals to close the Export Market Development program; close the Export Finance and Industry Corporation; end tourism grants and cut funding to Austrade and Tourism Australian.

The commission recommends that any remaining functions of Austrade and Tourism Australia be moved into a commercial arm of the Department of Foreign Affairs and Trade, with DFAT to also manage the existing loan book of the Export Finance and Industry Corporation with a view to on-sell or wind up the loans.

According to the commission, “there is scope to reduce current Commonwealth assistance for exporters … as the benefits of exporting accrue primarily to the business undertaking the activity”.

However, the general manager of the Australian Instititue of Export, Peter Mace, has labelled the recommendations as “insane”, telling SmartCompany he would be “very concerned if the government took any of the actions” proposed by the commission.

Mace said the Export Market Development program is “seen to be very effective, especially in supporting small businesses which are competing against well-funded overseas companies”. Local exporters are already faced with a number of significant challenges, including the high Australian dollar, he said.

Considering it is less than a month since the government announced a $50 million boost to the scheme, Mace said “it would be insane for the government to now eliminate it”.

Similar sentiments were expressed by Rod Campbell, chairman of the Export Consultants Group and a board member of the Export Council of Australia, who told SmartCompany the 40-year-old program is “the most successful economic stimulus program introduced by any government ever.”

Campbell said the commission’s recommendation is an “example of the mindlessness of a broad spectrum review of government expenditure” which does not take into account the impact and benefits the expenditure has on the economy.

He described the program as more like an incentive for exporters, as opposed to a cash grant, with recipients required to spend their own funds first before applying for assistance. The program is also performance-based, with only successful exporters eligible.

“If you look at the exporters who have won awards, virtually every one of them have utilised the program in some way,” said Campbell. “It offers a leg-up for businesses that are taking risks to expand in overseas markets.”

Mace expressed dismay at the proposed closure of the Export Finance and Industry Corporation, which he said does not accrue annual costs to the government and instead pays the government a dividend.

He said the corporation has also been subject to a review by the Productivity Commission, which decided that it should remain in place.

Mace said Australian exporters are competing with companies in other countries which all have some form of an export credit agency, and would therefore be at a disadvantage if they did not have the same support.

“If the government wants Australian business to develop and really grow, it needs to support export opportunities,” said Mace.