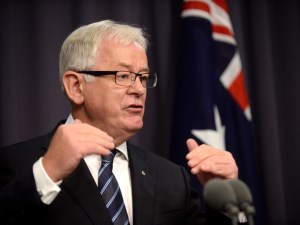 The scheme reimburses up to 50 per cent of export promotion expenses for eligible small and medium-sized firms. It was established in the 1970s with legislation passed during the Whitlam Government, while the first grants were paid under the Fraser Government.

“The longevity of the scheme is a testament to its success and it has undoubtedly made a significant contribution to Australia’s success in overseas markets,” Mr Robb said.

Over the years grant recipients have included household names such as BHP, Cadbury Schweppes, Campbell’s Soup, Repco and even The Wiggles to help promote their talents to the world.

Since the 1990’s the scheme came to focus exclusively on small-to-medium sized enterprises, helping them to expand their businesses.

Other examples include Henselite, a lawn bowls clothing and accessories maker; Bangarra Dance Theatre, who are taking modern creative indigenous culture to the world and Cole Clark Guitars, who are turning native Australian timbers into handcrafted instruments, sought after by performers around the world.

Mr Robb said the EMDG scheme was more important than ever following the signing of Free Trade Agreements with three of Australia’s biggest export markets – China Japan and Korea.

“We are now embarking on an exciting era of trade and investment in a region with an exploding middle class, which presents enormous new opportunities for Australian exporters across a wide range of areas in the years and decades ahead,” Mr Robb said.

On coming to Government the Coalition committed an extra $50 million over four years to the scheme, following the previous government’s decision to cut funding by $25 million a year.

The 40th anniversary was marked at a special event in Melbourne last week attended by representatives from businesses that have benefited from the scheme, as well as key industry leaders.

The 2015 review of the EMDG scheme can be found at www.austrade.gov.au