‘UK wine exports are at their highest level in a decade’
Rachel Triggs, Wine Australia read more
Our new e-magazine is OUT NOW. Click here to read.
REGISTER ADVERTISE
SUBSCRIBE TO OUR FREE NEWSLETTER
PUBLISHED | MAY 20, 2011
COMMENTS | NONE
Tweet

Hospitality Training: Australia at your Service 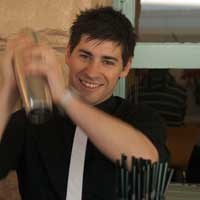 When Toni Brancatisano, originally from Melbourne, won Italy’s version of MasterChef, La Scuola, last year an Italian journalist commented, "When you think of Australia you don’t think of top chefs." He clearly hadn’t done much research. Not only are there dozens of Australian chefs working in big name restaurants overseas, but Frank Brunacci from Trump Tower’s Sixteen, Skye Gyngell and Shane Osborn from the United Kingdom’s Petersham Nurseries and Pied à Terre have all won Michelin stars-Osborn two-while Curtis Stone is the USA’s NBC Network’s chef on its top rating cooking shows, including the Today Show and The Biggest Loser. Australians may remember Stone from his Surfing the Menu adventures, a cooking series that ran for three years and has been shown in 26 countries, providing him with an entry into US television. Our hospitality exports go beyond the kitchen. Donna Hay’s bi-monthly magazine is in its 12th year of publication, selling more than 114,000 copies every issue in international markets such as the UK and the USA, where it’s the top selling international food magazine in chains Barnes & Noble and Borders. Plus Hay has published 18 award-winning cookbooks that have sold more than 4 million copies worldwide and been translated into nine languages. She also contributes to publications in Britain, Canada, South Africa and New Zealand. The Brits regard her as the next Martha Stewart and china company Royal Doulton commissioned her to design a range of homewares for international sale. And with the Asian hotel and tourism industry in particular growing exponentially, Australian hospitality training is in increasing demand with overseas students looking for cross-cultural grounding and portable skills for their future careers.

Exportable skills When the International College of Management Sydney opened in 1996 to offer diploma courses in a range of areas including tourism, hospitality and events, it attracted overseas students as one of the very few institutions in Australia offering this kind of training. Its first general manager, a graduate of the César Ritz College in Switzerland, succeeded in securing a partnership with the prestigious school that delivered a drawcard for both local and overseas students. "They were coming here to get the quality of César Ritz but localised under Australian conditions so it gave them a lot more of a global perspective on quality," says ICMS general manager Frank Prestipino. "They wanted the quality and the standards of the César Ritz hospitality education but they also wanted the global perspective to using that quality. Initially they were from Europe but it was just a matter of time after that before other overseas students started coming." The ICMS now also has partnerships with the Queenstown Resort College in New Zealand and the USA’s Johnson and Wales University, which provides hospitality training at four North American campuses. The college attracts enrolments through an extensive network of overseas agents in Europe, Scandinavia, North and South America, Asia, India and the Middle East, along with its own international development managers, and takes in around 250 new hospitality students each year in a ratio of about 60 percent local to 40 percent international, according to Prestipino. Prestipino believes that today students worldwide see having part of their education in another country as giving them a competitive edge. He says that there are three aspects to ICMS’ appeal: the ability to study abroad, the Australian experience from a cultural point of view and providing a practical work experience program as part of the course. "The Australian culture and way of life is something that comes through in the way we apply it to hospitality. It seems to resonate through our ability to perform service. It’s certainly different to others; it’s different from the US and if you get service from the US it feels different to that of an Asian country. Equally, here in Australia there’s a different way and approach, and people like the idea of Australian hospitality." Prestipino credits our multicultural input for the character and diversity of the Australian hospitality industry. "You walk into a five star hotel and the menu is laced with foods from all over the world." Plus, he says, the European and Asian cultures of service "have rubbed off on everybody, in an Australian way". The demand for Australian hospitality education is only going to increase, he predicts. "As we see the Asian boom with the number of hotels they’re developing and their entire hospitality and tourism business exploding over the next few years, they’re going to rely on partners like Australia to fulfil those demands. They are looking for that Western influence because a lot of their tourists and business people occupying the hotels will be from Western countries." Prestipino says the college is positioned to meet the expanding demand by ensuring its hospitality program content meets global expectations and benchmark practices. "We are preparing for the global student. The perspective needs to be broader, which gives them more opportunity. The working lifecycle of the generation that’s coming through is going to be far more global and transient and therefore we need to prepare them with tools and knowledge in expectation of that." ICMS graduates are proving his observations. Kristin Hansen came from Norway to Australia to gain international tourism and business management qualifications and is the owner and operator of Soria Moria Hotel in Siem Reap, Cambodia, which provides a boutique experience for international travellers. Valentina Gonzalez from Mexico City is now working for W Hotels in Barcelona in Spain and cherishes the dream of opening a backpacker accommodation chain in Mexico, while Ballarat boy Alex Scott runs the rooms division for the six Resorts World at Sentosa properties from their new Hotel Michael in Singapore. The college is now working on making distance education active, providing theory and fundamentals online to be linked with practical experience in a hands-on environment, perhaps through a hotel chain partnership, to meet growing international demand.

Just add Salt Australian chef Luke Mangan has achieved a marketer’s dream: the Salt restaurant he opened in Sydney in 1999 that made his name lives on as a brand that he continues to sell in different locations. Mangan part owns and wholly operates Salt in Tokyo, Salt Grill and Sky Bar in Singapore, runs Salt Grills aboard three P&O luxury liners and has just announced he will be opening another one in the Hilton Surfer’s Paradise, in a combination of his business partnerships with Hilton hotels and the Asian restaurant entrepreneur PJ Partners. The Sydney-based Mangan also has the WW restaurant and wine bar in the same building as Salt Tokyo, South restaurant in San Francisco, the Palace in Melbourne and a partnership with the Hilton hotel in Sydney for glass brasserie. As a result of a blossoming relationship with Richard Branson he has recently entered into an agreement with Virgin to cater all the Virgin Blue, Polynesian Blue and Pacific Blue flights. Mangan sold half of the Salt brand to Seiki Takahashi of PJ Partners in 2005. "He wanted 100 percent but for some unknown reason some gut instinct told me not to sell the whole brand. It was the best thing I did." After he sold Salt he decided to step out of the kitchen and start working on the bigger picture, which involves maintaining consistency of quality control. Mangan’s signature dishes are a feature of his restaurant menus and he invests years in training the chefs he trusts to head the enterprises that carry his reputation. "They all know what I like and what I expect," he says, "and I also give them the freedom to expand in their own right, to have their own influence on the menu or to be creative." Australian produce, from seafood and meat to condiments such as wattleseed, and wine lists dominated by Australian vintages, is also a key feature of the identity of Mangan’s cuisine in his offshore venues. Every morning he checks reports from all his enterprises, for every service and spend per head, "who ate what and didn’t eat what. We’re always tweaking". He brings the same eye for detail to developing the Virgin inflight products. "What we’re doing is trying to put restaurant food in the sky, which is a challenge, but I’d like to think we can do it." He says this level of accountability is one of the keys to his success in running restaurants offshore and to engaging understanding with his business partners. "It’s not as if we’re just putting our name on something and walking away. That could bring my whole brand down." While he’s sampling ice cream blends for Virgin he’s also looking for new locations for Salt restaurants in Hong Kong and Shanghai. "My Japanese partner [Takahashi] has the vision of opening in the grandest and the best locations. That’s what he brings to the partnership," he says. "Location is one aspect of going overseas that’s very important." He’s also in discussions with "a major hotel group that is throughout Asia and America and if I get my way it will come off". It’s this breadth of vision and attention to preparation-he introduced himself to the Asian and US markets with a television cooking series, he sells wines and condiments through his restaurants, he has two chefs in waiting to export to his latest venues once they open-that puts Mangan at the front line of Australian hospitality entrepreneurs. All the indications are he belongs to a sector that thinks globally as an industry requisite and that Australia’s ‘fusion’ hospitality culture has an internationally appealing flavour.