‘UK wine exports are at their highest level in a decade’
Rachel Triggs, Wine Australia read more
Our new e-magazine is OUT NOW. Click here to read.
REGISTER ADVERTISE
SUBSCRIBE TO OUR FREE NEWSLETTER
PUBLISHED | DECEMBER 23, 2016
COMMENTS | NONE
Tweet

Why Globalisation failed and failed horribly 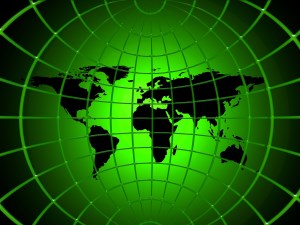 As the US electoral college confirms Donald J Trump as the next President of the United States and we enter a new area of Globalisation it is worth pondering why the first phase of globalisation failed.

Globalisation is a generic term like “free trade” that defies precise definition. Indeed those who use the term most frequently are least likely to possess any clear understanding of the term or have much beyond the most minimal grasp of any of the underwriting economic realities.

Free trade may be some vague aspirational goal for the rhetoric ravers but it doesn’t actually exist in any definitive context.

The propagandists who cheer squad globalisation, that have thinned out somewhat since the Trump election, are routinely funded by financial and other institutions who benefit handsomely from Globalisations perverse and destructive wealth distortions.

They are backed-up by ideological flunky front groups who are gushingly sold the fantasy globalisation will lead to a basket weaver socialist/Marxist paradise of racial, gender and lifestyle equal outcomes.

In a classic and rather absurd propaganda attempt to discredit those who believe reforms leading to Globalisation mark II are urgently required we are told they are all uneducated rural white males of vulgar habit.

The supporters of globalisation are “the new people,” “todays people” , cool people who are staunch supporters of the vital issues of today such as global warming and marriage redefinition and think economics is a type of teenage speed dating.

The shadowy apparition of Hitler is fancifully invoked at every opportunity to denigrate “the rest” using sociology undergraduate language of defamatory associative prestidigitation.

We are also told we have a stark and binary choice. Even the slightest tweak to failed globalisation practices will allegedly transport us back to the 1950’s with time machine rapidity. We have a choice only between the 1950’s and some vague nirvana future.  Nothing else exists and nothing in-between.

Readers may wonder why the commentators, particularly the left-leaning spruikers of globalisation, keep making mention of the 1950s. This period has near iconic fairy tale status of the agony aunt variety in the minds of the political left. It is viewed in symbolic socialist folklore as the zenith of anti-feminist, anti-gay/lesbian, anti-socialist and anti-leftie academic social values.

As very few people under the age of 65 would have even slight first-hand knowledge of those times the hysteria is kept artificially alive within the inflammatory embers and strangled ideological sanity of manipulated fear. Suffering is a currency invented, invested, prized, pursued and channelled as the wounds made from the shared razor cuts of ideological propaganda bleed into and onto the mob as if one.

The reality is most of the manufacturing jobs did not disappear from the planet at all.  Those jobs were sent off to poor developing economies in pursuit of peasant wage labour, unsophisticated Government regulations and easily corruptible third world officials. World manufacturing productivity has plummeted as cheap screwdriver labour has replaced mechanised productivity as the basis for maximising return on capital. This was and is a key failing of globalisation.

To be sure, when these jobs return to the west factory mechanisation and robotisation will no doubt be extensive thus up to 35-40% of jobs measured by 1980s standards will arguably be lost to technology. In return however the western economies will gain many of the previously lost jobs, a wide-spread of sophisticated value add manufacturing as well as all the skills and organisational development along with new industries and new manufacturing facilities that accompanies such advances.

The beneficiaries of globalisation have been relatively few. Those at the apex of banking and finance. Bulk insurance services, property development and pockets of real estate and IT.

Mass education services and party political machine operatives. Most of these in turn depend on cosy deals with Government, restrictive or anti-competitive trade practices, oligopolies and cartels along with international tax minimisation schemes.

But let’s return to the subject of why globalisation failed and just as importantly how to make it work more effectively.

Jobs were sent offshore and replaced with lower paid short term jobs. If this gambit was going to work the new jobs that replaced those lost needed to be equally or better paid. At the same time western wages were falling and stagnating.

The moneyed class were guaranteed a driver’s seat place at the globalisation table with supra normal guaranteed profits across all “essentials of life” asset classes which drove up the cost of living and dramatically redistributed wealth away from everyone else.

Meanwhile, mass consumer goods became cheaper but quality of manufacture also fell so that product lifecycle, cost of ownership or continual replacement cost increased to more than offset any gain or saving in most product classes.

Similarly, corporate planning and organisational quality declined sharply as larger businesses increasingly relied on Government handouts, cartel pricing. International tax offsets and sloppily scheduled short term employment contracts thus obviating the need for top notch management and organisational practices. Problems were no longer faced and solved but rather moved around or pushed into others. Businesses had an open licence to pass their own commercial shortcomings and failings onto the workers and society at large.  It has encouraged an era of commercial indiscipline and responsibility avoidance that we have not seen for decades.

Very few, including Donald Trump oppose trade and they are certainly not protectionist in any known interpretation of the term but they are opposed to the careless, sloppy and stridently anti commonweal structure of Globalisation in its current form.

Addressing the issues contained in this essay will go a long way to making Globalisation work for the majority.

Either way the world of manufactured exports is about to change.