‘Beginning to export can be challenging, but there are massive opportunities for Australian firms’
Karen Andrews, Minister for Industry, Science and Technology read more
Our new e-magazine is OUT NOW. Click here to read.
REGISTER ADVERTISE
SUBSCRIBE TO OUR FREE NEWSLETTER
PUBLISHED | JANUARY 19, 2017
COMMENTS | NONE
Tweet

Where have all the export related jobs gone? 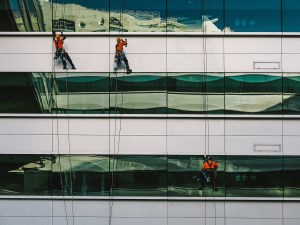 A clear and accurate sign of a vibrant and health economy is the employment market.

That is, lots of new jobs of all types, particularly export related jobs, appearing on the employment websites and many of those being well paid jobs.

So let’s look at how well the Australian economy is performing by using the above “jobs” criteria.

One of the leading employment websites boasts more than 100,000 advertised jobs as well as more than 10,000 jobs paying twice the average wage or greater. Jobs in excess of $225K pa allegedly number 800 nationally.

We looked at the first 500 listed jobs using an “all jobs” search from an alleged total of more than 100,000. After taking out job duplications, double or triple listings of the same job and multiple employment agencies listing the same job, the actual job total came to 282 “clean” job listings or just over half the claimed 500 advertised jobs.

If we then adjust the numbers for the enormous number of employment agencies notorious for advertising jobs that do not exist and for CV fishing the number of real jobs would be closer to 150-160 out of an alleged 500 jobs.

If we extrapolate these numbers a 100,000 jobs is in reality probably 30,000-35,000 which in a total national employment compliment of circa 12 million is hardly impressive.

These outcomes held constant with a surprisingly small margin of difference over the 5 days we conducted the sample. A remarkable 68% of total listed jobs are likely to be duplicates or non-existent.

Disturbingly, only 7% of the “clean” or real jobs were paying more than the average wage suggesting Australia as a problem generating or creating well-paying jobs. Almost three quarters of all these advertised jobs were paying the minimum wage, less or close to it. Only 2% of jobs paid $100,000 pa or just above.

In terms of major city cost of living this means as much as two thirds of all these advertised jobs are in the subsistence living category.

An alarmingly small number of jobs offered full time employment (about 15%) while most were casual or short term work contracts.

It was jaw dropping what many employers were fancifully expecting for not much more than the minimum wage – a tertiary education with some post grad, 5+ years of specific industry work experience, advanced IT skills and other items making up parallel universe HR wish lists.

University students could never pay back their HECS debts in an employment market such as this.

Advertising of senior executive roles which is typically an excellent indicator of business investment is not doing so well either.

Of the 800 or so listed alleged senior executive jobs 169 were duplicates, 215 were government jobs, 159 were NGO activist organisations. This leaves only 257 alleged jobs in the private sector. Of these 257 alleged jobs 161 are listed by employment agencies notorious for placing fake adverts.

Seven CEO Job adverts for example were ambitiously placed by agencies that usually specialise in handling receptionists and trainee admin staff.  Most of the remaining adverts were of dubious integrity with vague non-specific criteria and all the hallmarks of amateurs clumsily trying to test the water.  At best, perhaps 5-10% of all CEO and executive level jobs are real and “live”.

Just consider this for a moment …in the whole of Australia – nationwide – maybe 80 advertised real executive private sector roles exist and the majority of these are importers.

From the more than 100,000 alleged job adverts we then searched for advertised Australian export jobs for any value-add manufacturing or services organisations not including labourer or similar roles.

Nationally, and astonishing though it was, we found just two advertised jobs in the search.

One of those jobs was a services organisation that turned out to be a front of a Chinese Government owned company so this left just one export related job for an Australian business in the entire nation that paid more than 125% of the average wage.

How healthy and vibrant can any economy be that is not only incapable of generating a majority of jobs that keep pace with the cost of living but where Government and activist  NGO jobs are more more numerous and pay better than many private sector jobs and where the number of vacant positions for funeral directors exceeds those for value add manufacturing exports?