'USMCA is the most important deal we've ever made by far’
US President Donald Trump read more
Our new e-magazine is OUT NOW. Click here to read.
REGISTER ADVERTISE
SUBSCRIBE TO OUR FREE NEWSLETTER
PUBLISHED | APRIL 19, 2018
COMMENTS | NONE
Tweet 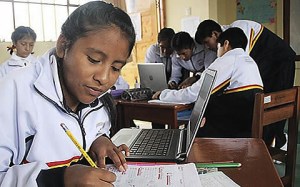 Australia’s education sector will be a big winner following the signing of a free trade agreement with Peru earlier this year.

Peru is one of the fastest growing economies in Latin America, with a population of over 30 million.

However, Peru is not a particularly large export market for Australian goods. In 2016-17, exports to Peru were valued at less than $60 million.

But it is the potential to provide education services to Peruvians that encouraged Australia to negotiate the Peru Australia Free Trade Agreement (PAFTA).

South America is seen as the next market for international students after the surge in students from Asia over the past decade.

The University and Other Higher Education industry’s revenue is expected to rise at an annualised 3.1% over the five years through 2017-18, to $31.4 billion. This includes an anticipated rise of 5.1% in the current year.

International students represent a significant market for universities and other higher education providers.

Number of international students on the rise

Larger universities have developed their international offering by forging partnerships with overseas providers or by establishing a campus in another country.

The number of international students enrolled in Australian higher education institutions has risen over the past five years, in response to the depreciation of the Australian dollar and government immigration policy changes.

Under the SVP system, international students were treated as low immigration risk regardless of what country they were from, their proficiency in the English language and their financial status.

In 2016, the Simplified Student Visa Framework (SSVF) replaced the SVP. The SSVF reduces the number of student visa subclasses from eight to two and introduced a new single immigration risk framework for international students. 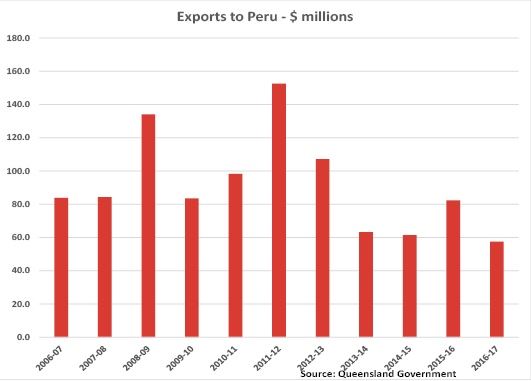 Demand from international students for industry services has increased over the past five years as a result of these reforms.

International students are typically charged higher course fees than domestic students and are asked by many industry operators to pay tuition fees in full prior to enrolment.

Overall, international students have accounted for a significant and increasing portion of industry revenue over the period.

Rising demand from international students is also expanding the Technical and Vocational Education and Training industry. For example, the industry’s revenue is expected to grow at an annualised 3.5% over the five years through 2017-18, to $11.6 billion.

The depreciation of the Australian dollar over the period has assisted this growth.

A fall in the value of the dollar typically reduces tuition fees for international students in Australia compared with other countries, increasing international enrolments and boosting demand for domestic institutions.

The Australian and Peruvian governments signed the Peru-Australia Free Trade Agreement (PAFTA) in February, with the trade agreement entering into force after each country follows their domestic treaty making processes in coming months.

The move is expected to be one of several trade agreements the Federal Government tries to negotiate with South American countries.

Chile, along with Peru, is one of the countries that is part of the Comprehensive and Progressive Agreement for Trans-Pacific Partnership (TPP-11), which came about after the US pulled out from the original TPP last year.

Free trade agreements, such as PAFTA, are forecast to continue boosting international student enrolment numbers over the next five years.