‘UK wine exports are at their highest level in a decade’
Rachel Triggs, Wine Australia read more
Our new e-magazine is OUT NOW. Click here to read.
REGISTER ADVERTISE
SUBSCRIBE TO OUR FREE NEWSLETTER
PUBLISHED | JUNE 2, 2016
COMMENTS | NONE
Tweet 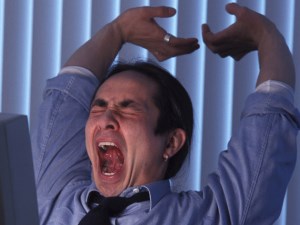 My company is often called on to advise exporters on the best ways to set up trade show stands at international exhibitions.

Among other things, such advice includes the necessity of, at very least, having professional presentation materials, quality documentation and advanced university level language translation of all documents.

Equally important is what NOT to do when preparing for, setting up and running a stand at an international trade show or exhibition.

For example, I recently visited an international trade show with exhibitors from developing economies, Australia and Europe.

To my amazement the documentation (standard of translation) on the developing economy stands – whether marketing collateral or technical manuals – was barely at the literacy level of an 8-year-old child. Some were almost unintelligible.

Also, many of the stands were staffed by unengaged folks who were clearly on a junket – and they made no secret of the fact.

Of the 25 stands from developing economies, almost two thirds had openly used concubines and courtesans brought with them to do the translating – all with resounding ineffectiveness.

Six stands had no-one who could speak the local language or anything other than their own native tongue.

Many just handed out the appallingly translated documents to whoever visited the stand.

They could not talk to any prospective customers, so most simply sat and played computer games or spent the day texting until finishing time when they could go out sightseeing and nightclubbing.

None I spoke to seemed to care. They obviously considered it a well-earned junket reward for unspecified services or their birthright. Attending the exhibition was an unspeakable imposition they suffered with gloomy, pained and resentful stoicism.

To a visitor it looked cheap, casual and seriously amateurish.

This is no way to win business or attract customers.

If the Australian contingent of stands at this trade show was any better it was by a small margin.

The translations were generally sloppy and careless. Attention to details in technical data and documentation was generally poor to average.

Some were still clearly still hung over from a big night out before the show.

A majority of Australian stands also had no capacity to converse in the local language.

“If the customers can’t speak English we don’t want them,” said one stand operator.

Others were quite satisfied using internet language translations – even when glaring translation errors were pointed out.

One CEO offered the view: “If they really want to buy our product they’ll work out what it means.”

Many of the people on the stands seemed to know little or nothing about the products and could not talk to customer prospects – even in English.

It was hard to see why they were there but they all came at a cost for travel, accommodation food and “entertainment”.

Could that money not have been better spent on budgeting for some decent documentation?

A number of stands had brought their relatives along just for a holiday. In one case a CEO who claimed to have no money in the budget for language translation had brought his teenage niece who quite clearly wanted to be anywhere but on the stand.

This CEO complained that he had flown her business class and put her up in a 5/6-star hotel. Just how much had that cost?

By contrast I also visited three German exhibition stands. It was like arriving in a different world.

Everybody on the stand knew what they were doing, knew the products well and could talk about them with knowledgeable enthusiasm.

The documentation was very good in the German, not so good in the local language but better quality then anything else I saw at the show.

The professional manner of people so well trained and focused was evident; they came across with the natural authority of serious business professionals not the junket flunkies that were so widely in evidence elsewhere.

Yet Germany has a long term business culture of value add exports.

Everyone from the technical sales people to the tech support and engineering as well as the business contract staff are all above average competent in their jobs.

They look and sound serious, committed and expert. No superfluous employees collecting favours were on the German stands that I could see.

For Australia to develop and expand into a professional exporting nation at all levels but particularly in value add manufactures we need to do better. For whatever shortcomings they may have, we could do a lot worse than follow the very professional and polished German example I saw at that trade show.

When planning your next international trade show it pays to include in your budget provision for professional presentation materials technical documentation, and language translation to high levels of exactitude.