No longer is supply chain congestion the predominant cause for concern for Australian importers – instead, manufacturing is.
David Aherne, international freight forwarder read more
Our new e-magazine is OUT NOW. Click here to read.
REGISTER ADVERTISE
SUBSCRIBE TO OUR FREE NEWSLETTER
PUBLISHED | SEPTEMBER 17, 2017
COMMENTS | NONE
Tweet 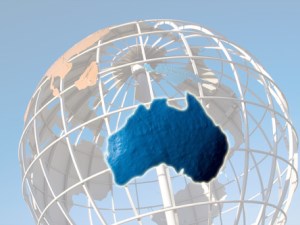 Few would question Australia’s ability to host world-class events and iconic experiences and as such it remains a favourite destination for tourism and international events.

One such forum will be the upcoming World Chambers Congress in Sydney later this month.

With this Congress and the many more forums and symposiums to come, there is a great opportunity for local businesses to strengthen their international networks and learn from visiting global counterparts.

Being part of a visiting delegation in any market requires a level of curiosity about the culture and the people interactions, particularly as it relates to conducting business.

As much as local participants in these Australian-hosted international forums will want to learn from overseas delegates, one of the top items in the visitors’ agendas may well be to get a first-hand taste of how business is conducted in Australia.

Through the reception they will experience an exposure to local business and government leaders. No doubt there will be some insightful cultural comparisons.

Ranked 15th in the World Bank Group’s Ease of Doing Business Index, Australia is one of the most business-friendly nations for conducting business operations.

In this business-friendly environment, the Australian small to medium sized enterprise sector has contributed significantly to the country’s economic growth.

In fact, it may come as no surprise to learn that Australia is sometimes referred to as a “nation of small businesses.”

There are some key features that characterise Australian values and customs which foreigners should quickly recognise:

Makeup of the average Australian

As one of the most multi-cultural nations in the world, it is also important to recognise the makeup of the ‘average’ Australian. As this ‘average’ Australian may well be a contributing entrepreneur in the growing SME sector, it is worth delving into what this multiculturalism means to the way Australians do business.

The 2017 Australian Bureau of Statistics recently revealed that more than a quarter of Australia’s population was born overseas and a further 25% claim a foreign-born parent. This is an important statistic to note as it brings to light the true makeup of the average Australian – one that is culturally diverse and most likely bi-lingual.

This multi-cultural makeup is also reflected in the average Australian business owner – someone whose cultural orientation will be influenced not only by the values and customs of Australia but also of their ethnic background.

China, India, the Philippines, Vietnam, Italy, South Africa, Malaysia, Korea, the US – reads like a list of Australia’s closest trading partners.  But, in fact, these are just some of the birth nations, or cultural backgrounds of the average Australian.

For those involved in import/exports, their multi-cultural perspective is invaluable. Their multi-lingual skills an asset to growing their businesses abroad and their innate cultural awareness useful when dealing across cultures.

Unwittingly, the way Australians do business may well be very close to the way visiting delegations do business.

For those attending the congress, as with any international gathering, there will be much common ground to be explored. It is through this common ground that the foundations for strong cross-cultural partnerships can be nurtured.

Patricia Butera is an expert in cross-cultural business relations.