‘Beginning to export can be challenging, but there are massive opportunities for Australian firms’
Karen Andrews, Minister for Industry, Science and Technology read more
Our new e-magazine is OUT NOW. Click here to read.
REGISTER ADVERTISE
SUBSCRIBE TO OUR FREE NEWSLETTER
PUBLISHED | FEBRUARY 15, 2014
COMMENTS | NONE
Tweet 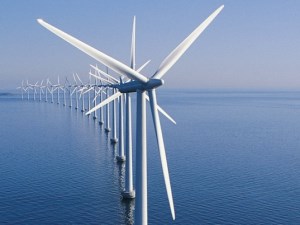 Many Chinese industries are reaping the benefits of a maturing business environment and surging domestic demand for products and services.

Despite growth in the economy slowing down, China’s gross domestic product (GDP) is still forecast to grow almost twice as fast as the US GDP rate over the next five years – about 7 percent annually.

IBISWorld, Australia’s largest provider of industry-based research, has analysed more than 230 Chinese industries and compiled a list of the seven fast-growing industries to watch out for.

The list is based on annual revenue growth over the past five years, as well as expected performance over the next four years.

One trend stood out above all – China’s quest for energy conservation and independence, through the development of alternatives to fossil fuels.

This is playing an integral role in determining which industries are growing the fastest.

Development of alternative energy sources – such as wind, hydroelectric, and solar – is at the top of the Chinese Government’s agenda.

This is being driven by escalating domestic electricity demand, a heavy reliance on imported oil and gas resources, and growing environmental pollution concerns.

Pollution treatment equipment is used for controlling environmental pollution, as well as for processing waste materials and recycling industrial materials.

In 2013 revenue for the Pollution Treatment Equipment Manufacturing industry in China is expected to total US$36.5 billion, up 30 percent from 2012. Annual revenue growth over the past five years is estimated at 30.4 percent.

The Chinese Government has imposed strict environmental protection regulations on the agricultural, mining, manufacturing and construction sectors to reduce the negative effects of China’s rapid economic progress on the environment. These regulations have contributed to the rapid development of this industry in the past five years. They are expected to drive industry growth of over 25.6 percent annually over the next five years.

IBISWorld estimates that the Energy-Efficiency Consultants industry in China will generate US$49.4 billion in 2013, representing annualised growth of 46.7 percent over the past five years.

Based on the Chinese Government’s 12th Five-Year Plan (2011 to 2015), energy efficiency service companies will continue to receive strong government support. In addition, an influx of foreign capital will drive the development of the industry.

Currently, only a fifth of enterprises in the Energy-Efficiency Consultants industry are foreign-owned or funded. For these reasons, IBISWorld projects that industry revenue will grow 35.5 percent annually to reach US$225.4 billion over the next five years.

Demand for the Water Pollution Control industry in China comes mainly from government institutions responsible for handling the rising pollution of inland waters and underground water. Revenue for the industry is expected to total US$1.0 billion in 2013, up 13.2 percent from 2012. In the five years through 2013, industry revenue has been increasing at an estimated annualised rate of 16.4 percent.

In October 2011, the Plan of Underground Water Pollution Prevention and Control was issued, which set aside US$5.4 billion for the control of underground water pollution. IBISWorld anticipates that rising government investment and increased collaboration in the treatment of cross-regional waters will drive revenue up 11 percent annually to US$1.7 billion by 2018.

The Environmental Monitoring industry in China monitors and tests for pollutants – such as liquids, gases, solids and radiation – in the environment. Environmental monitoring and testing are important complementary services to environmental consulting firms, which cater to the public and private sectors.

Revenue for the industry is expected to rise 19.7 percent to US$1.7 billion in 2013, with growth of 18.1 percent annually over the past five years. The Chinese Government is bringing more commercial reform to the industry to deal with capital shortages and to improve efficiency, both of which are expected to drive strong growth of 16 percent annually over the next five years.

With the fast development of China’s economy and rising demand for power, the limitations of traditional and imported energy resources, such as gas and oil, are becoming increasingly apparent. Also, growing awareness of the need to protect the environment and consume less energy has led to the government rollout of a series of policies for boosting alternative energy generation.

Among the renewable energy modes being developed in China, wind power currently has the most potential. Revenue for the Wind Power industry in China is estimated at US$13.4 billion in 2013 and has been growing 62.1 percent annually over the past five years.

Meanwhile, the Hydroelectric Power Generation industry has been negatively affected by decreasing precipitation in recent years. Along with increasing wind power capacity, revenue for the Wind Power industry is forecast to grow 22.2 percent per year to reach US$36.6 billion in 2018.

Although China has abundant water resources for small hydropower generation, these are mainly in remote and poverty-stricken regions, where both the population and the power load are sparsely distributed, and where the existing power grid cannot easily or economically reach.

Nevertheless, in the five years through 2013, revenue for the Hydroelectric Power Generation industry has been increasing at an annualised rate of 13.5 percent to US$42.8 billion, driven by increased overall investment in China’s alternative energy sector and the implementation of a market-based pricing mechanism. In the next five years, rural energy supply and the development of small hydropower plants are expected to grow in importance, which will lead to continued revenue growth of about 13 percent per year.

The still immature Solar Power Generation industry has been developing rapidly, experiencing phenomenal growth of 195.8 percent annually over the five years through 2013 to total US$1.6 billion.

However, it does face considerable challenges. A complete, well-developed electricity distribution network is essential for maximising usage of solar power but current solar power resources are scattered across the country. In addition, the cost of generating electricity from solar power remains high compared with other energy modes. Although China is a major provider of solar panels for foreign markets, it relies on imports for the raw material crystal silicon, whose fluctuating price has increased operational costs for solar panel manufacturers and solar power generators.

With technological advances, the expansion of scale within the industry, and the further development of China’s Power Grid Construction and Electricity Transmission and Distribution industries, the Solar Power Generation industry is forecast to grow 63.6 percent annually to reach US$18.6 billion by 2018.

Additional industries that are forecast to grow strongly over the next five years include Nuclear Power Generation and several others in the non-polluting information, financial service and retail sectors.