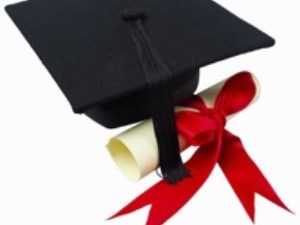 The resources boom may be over, but Australia now has three other sectors ready to take up the slack.

The latest Efic Export Monitor has found that despite the stubbornly high dollar, education, tourism and agriculture will continue to expand rapidly due to strong demand from China and other large Asian economies.

International student numbers alone are set to surge 30 per cent by 2020, according to EFIC senior economist Cassandra Winzenried, while agricultural exports in the 2013-2014 year are set to hit a record $41 billion.

“Australian businesses are winning niche sales in premium markets by trading on Australia’s ‘clean and green’ image, she says.

“Australia’s mid-sized food businesses are in a great position to capitalise on rapidly growing Asian consumer demand for ‘scandal-free’ products.”

Latest Australian Bureau of Statistics (ABS) data shows strong growth in tourism and education exports over the year to May this year.

According to ABS statistics released this month, there were 6.6 million visitor arrivals for the year ending May – an 8 percent jump from a year earlier.

And while New Zealand remains Australia’s largest source of tourists China is the fastest growing and most valuable inbound visitor market — yielding more than 750,000 visits and spending of more than $5 billion in the past 12 months.

The ABS also confirms that “education-related travel services” are Australia’s largest service export — contributing $15.3 billion to the economy over the year to March this year.

International student enrolments totalled 400,000 over the year to May 2014 — 10 percent higher than a year earlier.

Australian Education International figures for May found the highest enrolment numbers came out of China (116,000), followed by India (40,000) and Vietnam (21,000).

The International Education Advisory Council estimates that the number of international students in Australia will rise 30 percent from 2013 to 2020.

Interestingly, fears that the continuing strong Australian dollar would keep enrolment numbers down are proving baseless. Numbers did slump over 2010-13, but they started to recover in 2013. The recovery suggests that many students look past cost factors to quality of life and education and proximity to home. Streamlined international student visa processing, introduced in 2012, may also have spurred enrolments.

Earnings from farm exports will reach a high of $41 billion in 2013-14, with livestock product export earnings expected to rise by 23 percent to over $18 billion, according to the Australian Bureau of Agricultural and Resource Economics and Sciences.

Farm export earnings are expected to decline from this year’s high, to around $38.5 billion in 2014-15. However, export earnings would still be around 9% above the average over the 10 years to 2012-13 in real terms.

The government has recently estimated that further investment and innovation could double these figures. Already Australian businesses are winning niche sales in premium markets by trading on Australia’s “clean and green” image.

Despite considerable barriers to export, including Chinese market regulations and language, Australia’s mid-sized food businesses are in a good position to capitalise on rapidly growing Asian consumer demand for scandal-free products.

International investment data published by the ABS in May suggest that Australia’s investment into Asia has picked up markedly, if from a small base.

Australian investment in China increased by an average annual rate of 33 percent over the five years to 2013, yet China constitutes just 2 percent of Australia’s overseas investment stock.

Though making up only 4 percent of Australia’s overseas investment stock, Australian investment into ASEAN increased at an average annual rate of 14 percent over the five years to 2013. And it looks set to continue rising strongly due to the growing trade relationship.

Still, the rapid inflows into Asia are slowly reducing this skew.

Overseas investment in finance, insurance and manufacturing are also significant, and likely to grow.