Win for the Australian wine industry 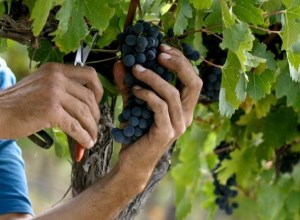 Australian wine growers are toasting a decision by Canada to remove unfair restrictions on Australian wine sales in the province of British Columbia.

“The removal of this discriminatory trade barrier will allow our wine exporters to access retail shelves and compete on a level playing field with Canadian wine in the province of British Colombia,” Senator Birmingham said.

“This is good news for our wine exporters. Canada is an important market for Australian wine with exports totalling $208 million in 2018.

“The combined impact of the TPP and the resolution of this trade dispute over British Columbia measures means that Australian wine will be on more shelves with lower tariffs in a Canadian province with a population in excess of five million people.”

“Whilst this breakthrough in relation to British Columbia is important progress and a very useful precedent, Australia will continue to pursue our ongoing concerns through the WTO dispute process we initiated last year,” Senator Birmingham said.

“We will continue to back our wine producers and stand-up against any practices that could disadvantage their ability to export our in-demand and high-quality wine to the world.

“Consistent with our strong bilateral relationship, we remain open to resolving our remaining concerns with Canada outside of the WTO process.”