‘UK wine exports are at their highest level in a decade’
Rachel Triggs, Wine Australia read more
Our new e-magazine is OUT NOW. Click here to read.
REGISTER ADVERTISE
SUBSCRIBE TO OUR FREE NEWSLETTER
PUBLISHED | MAY 18, 2017
COMMENTS | NONE
Tweet 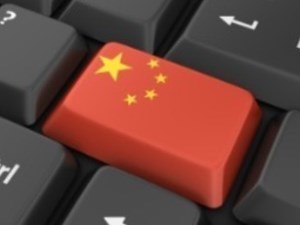 The laws introduced in April last year have provided a great deal of uncertainty since they were announced and this latest decision by policy makers will ease the entry process for both Australian brands and retailers.

This decision means that goods coming into China via cross-border e-commerce would be classified as "personal" rather than "common" trade, implying that future taxation and import clearance policies would be different. There’s a big chance that obtaining import permits, registration and filing could potentially be less complex, or removed.

The reason behind this is that personal cross-border shopping generally involves low volume, small orders and a wide variety of products, unlike bulk trade business. If Customs treats all cross-border imports in the same manner as traditional imports, the complex procedures will be an intimidating entry barrier for Australian retailers.

This would be a step back to the chaotic ‘Daigou’ era in recent years that Chinese policy makers are trying to stamp out, whereby overseas shopping agents purchase luxury commodities for customers.

This form of commerce introduced potential loss of tax revenue from imports, transportation and sales, as well as a lack of quality inspection and negative impacts to traditional import and distribution networks.

As a result of the Ministry of Commerce’s latest decision, it’s highly likely that the ‘Positive List’ issued by the Chinese government to regulate the products that can be imported into China via cross border e-commerce, could change to ‘Negative List’ to allow the entry for a greater variety of products. Naturally, this would involve reasonable inspections on quality and credentials.

This is a positive step forward for Australian retailers. The markets responded swiftly to the Ministry of Commerce’s decision, with a positive boost to the share prices of a number of major Australian health and food retailers currently engaged in cross-border e-commerce with China.

Cross-border e-commerce market only going to get bigger

It’s never been a better time for Australian brands and retailers to consider China as a market to expand into. Its e-commerce market has exploded since a government regulation was introduced to allow cross-border e-commerce for the first time in 2014.

Growth has been fuelled by the country’s burgeoning middle class unleashing greater purchasing power. It’s also been facilitated by improved international payments and logistics, as well as regulation approval on cross-border imports.

According to the Ministry of Commerce, China’s cross-border e-commerce market reached 6.5 trillion yuan (US$1.02 trillion) in 2016, accounting for 20% of China’s foreign trade.

It’s anticipated that it will continue to grow annually at over 30% in the next few years.

By 2020, a quarter of China’s population, amounting to more than half of all digital buyers, will be shopping either directly on foreign-based sites or through third parties.

This presents a massive opportunity for Australian retailers to target China’s expanding middle class, who are increasingly seeking out Western-made products.

If the whole thing seems a little daunting, there are a number of ways to establish your business in China without having to set up a physical entity.

Many Australian retailers are successfully leveraging marketplaces or their own e-commerce sites managed by a third party on the ground in China.

This helps them avoid all the nuisances arising from traditional international expansion, such as setting up local business entity, cultural differences, confusion over government policies and market adaptation.