Why more Australian entrepreneurs are setting their sights on Indonesia 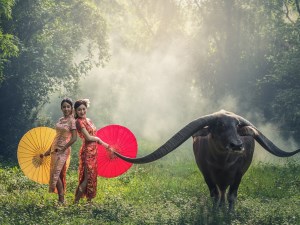 Indonesia is on track to become one of the largest markets globally, offering outstanding business opportunities for Australian exporters.

And to explain how Australian businesses can take advantage of the export and investment opportunities on offer Austrade last week held a series of seminars in major capital cities.

Indonesia Now 2017 – The Changing Face of Business in Indonesia seminars were led by Sally-Ann Watts, Austrade’s Jakarta-based Senior Trade Commissioner for Indonesia, and her team of in-market Trade Commissioners in conjunction with state governments and peak industry associations.

This initiative builds on past activities like the week-long Ministerial-led Indonesia-Australia Business Week (IABW) missions undertaken in 2015 and in March 2017 which showcased Australian capabilities and focused on enhancing export opportunities with Indonesia.

Trade Minister Steven Ciobo led a delegation of 130 senior Australian business representatives to IABW 2017 which participated in a program of 57 events across five cities including Jakarta, Surabaya, Bali and Lombok from March 6-10.

“As Australia’s 13th largest trading partner, Indonesia economically represents almost 40 per cent of the ASEAN region’s output. Its economy has grown more than five per cent per annum in recent years and is home to more than 255 million people,” said Ms Watts.

“Indonesia’s economy, currently the world’s 16th largest, is predicted to continue growing strongly to 2050. By that time, it is forecast to be the world’s fourth largest individual economy – compelling reasons why Australian businesses should enhance engagement with our neighbour.

“However, the three main changes we have noticed in the Indonesian market include: the digital transformation of the economy; the emerging middle class; and the role that Australia can play in helping to improve living standards and closing the skills gap.”

Indonesia is an important market for Australia, receiving a substantial portion of Australia’s agricultural exports valued at A$3.2 billion in 2016. Indonesia’s agricultural sector is undergoing a transformation as the next generation of farmers look to new technologies to increase productivity. Farm and processing enterprises are seeking new technologies to maximise acreage usage and reduce waste.

Indonesia’s aviation industry is growing annually at around 15 per cent (among the largest growth in the world). Lion Air currently has more planes on order than any other airline, suggesting there may be flow-on opportunities for pilot trainers, airport operators and maintenance, repair and overhaul professionals to get involved in Indonesia’s aviation sector.

Malware attacks, spam and other types of email-based scams are common problems in Indonesia. To address this, Indonesia will be implementing a number of initiatives to tackle these cyber threats, opening opportunities for Australia’s cyber security providers to assist.

Indonesia has a vibrant fintech scene with over 70 fintech startups funded in 2016. Australia has a strong relationship with Indonesia in fintech, including a relationship to support financial innovation between ASIC and Indonesian financial regulator OJK.

An emerging consumer class with more money to spend may see Indonesians in urban centres expect a better standard of living. This will eventually include improved transport solutions, better management of wastewater, access to emergency services and green building solutions to mitigate further environmental degradation.

The implementation of Indonesia’s universal health service is driving the need for efficiencies and innovation across the private and public sectors – the same areas in which Australia’s health entrepreneurs excel.

The Indonesian Government requires infrastructure investment of about US$460 billion and has agreed to open these opportunities to the private sector, rather than directly assigning them to state-owned enterprises.

Australian METS companies still have significant opportunities to build market share in Indonesia, with providers of mining technology who can clearly demonstrate productivity gains in demand. Like Australia, Indonesian miners are grappling with lower prices for commodities, so demand is strong for savings and productivity enhancements. Demand also remains strong for mining software, specialised and innovative equipment, education and training services and specialised mining consulting.

Indonesia’s vibrant and internationally linked incubator and startup scene, and strong links to South East Asian and US venture finance, have created an innovative e-commerce ecosystem in which to take part. A consumer market of over 100 million internet users, 70 per cent of whom are on mobile devices, are also compelling reasons for Australian entrepreneurs to take note.

The Indonesian Government is prioritising VET system reform and has invited private industry to work with senior high schools and training centres to reform the curricula, and provide internships and apprenticeships. Indonesia will need an additional 3.8 million skilled workers annually to 2030 – a shortfall of 56 million workers.

Australia and Indonesia are negotiating the Regional Comprehensive Economic Partnership (RCEP), which will build on AANZFTA outcomes to promote further growth in the region.