Why Berlin was chosen as a key location for Aussie startups 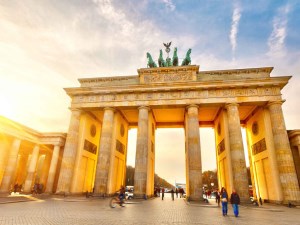 Berlin was recently selected as the European city where Australia will establish a Landing Pad to assist Australian startup businesses.

“It will also contribute to stronger ties with Europe’s largest economy as Australia seeks to begin negotiations for a free trade agreement with the European Union,” Mr Ciobo said.

Mr Ciobo said the landing pads were designed to provide market-ready startups with a short-term operational base in innovation hotspots, helping them develop new markets and sustainable growth on a world scale.

“Berlin is a low-cost business centre and the startup hub of Germany,” he said.

“With its vibrant, creative culture and extensive ecosystem of incubators and accelerators, the city is ideally positioned as a landing pad site for emerging Australian companies.”

Berlin has a significant presence of major corporations and world-leading innovation research institutions like the Fraunhofer-Gesellschaft and the Hasso-Plattner Institute School of Design.

With US$2.2 billion invested into startups in 2014 and some of the world’s highest public and private sector investment in research and development, the city has overtaken London as Europe’s leading venture capital hub.

Germany is also one of Australia’s key science collaboration partners, with 516 active bilateral agreements between Australian and German institutions.

And both Australia and Germany recognise the importance of innovation, science and technology as drivers of economic prosperity.

“This is particularly so as Australia embraces new sources of growth to support the transition of our economy from one based on mining and resources to one based on ideas and technology,” he said.

Mr Ciobo said the landing pads have been chosen in locations around the world that stand out as innovation hotspots.

“Location is important – despite the breakdown of physical boundaries caused by technology – because cities like Berlin are at the centre of new rounds of industry disruption.

“They are the places where high-growth, high-return innovation enterprises are built.

“They are not a fluke of geography, rather they spring from a combination of unique influences, all of which work to promote and cultivate the brightest ideas and talent.

“Those influences include a mix of human relationships, shared facilities and the exchange of knowledge and expertise.

“They are also centres which attract and secure venture capital.”

Mr Ciobo said the landing pads are designed to give Australian startups the chance to work alongside some of the best in the world.

The choice of Berlin highlights the strength of German innovation and industrial research, and the important role of German companies in global supply chains.

Every year about 500 new digital technology companies start up in the city.

Australia’s landing pads will be managed through contracted partnerships with existing, collaborative workspaces.

The partners will be workspace communities with existing infrastructure, business networks and marketing networks.

Mr Ciobo said while the Landing Pads are for startups, we also hope to see more innovative Australian SMEs collaborating with German partners, particularly in the fields of advanced materials and medical technology.

“In the context of Germany’s Industry 4.0 strategy, we see huge opportunities here to work together transforming products, developing knowledge-based services and adding value to global production lines,” he said.

“It all comes back to innovation and innovation thrives on personal contact, interaction and exchange.

“Ultimately, that’s exactly what we want our Berlin landing pad to provide. I am sure it will do exactly that.”

Mr Ciobo said Berlin would provide access not only to Germany but also the broader European Union.

He is now working with the European Union (EU) and member state authorities to prepare the way for free trade agreement negotiations.

“An Australia-EU FTA will also attract vital new investment into the country, creating more local jobs, as European businesses look to Australia as a gateway to Asia.”

Mr Ciobo is planning to also visit Frankfurt, London, Rome and Brussels this week to promote Australia’s trade, investment and tourism credentials with the EU.

The EU is Australia’s second largest trading partner and largest source of foreign investment. In 2014-15 two-way trade was worth $83 billion and investment stock totalled $959 billion.