'USMCA is the most important deal we've ever made by far’
US President Donald Trump read more
Our new e-magazine is OUT NOW. Click here to read.
REGISTER ADVERTISE
SUBSCRIBE TO OUR FREE NEWSLETTER
PUBLISHED | MAY 16, 2018
COMMENTS | NONE
Tweet

Why Australian exporters must embrace the digital ‘information age’ 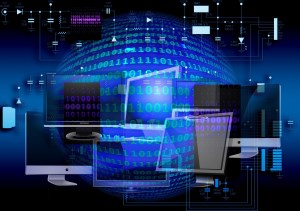 Australian exporters must embrace new digital technology or risk being left behind, a world trade expert has warned.

This can result in frustrating delays, which can be very costly.

Speaking at a seminar in Sydney on The Digital Transformation of Global Trade, Ms McAuley said the export and logistics sector is probably one of the most archaic when it comes to using paper.

“How many pieces of paper are printed everyday as part of an international trade transaction?” she asked attendees.

A stack of paperwork is needed for every consignment, she said. Digitalisation would create a paperless supply chain and streamline the entire process.

Ms McAuley, a former CEO with the Export Council of Australia (ECA), said exporters are now seeing a fundamental shift in the way they do business as the world moves from the “internet age” to the “information age.”

New technology such as blockchain will be a game changer for exporters, providing greater security, efficiency and certainty.

A new report released recently revealed that Smart Ledger technology could boost world trade in goods by at least $35 billion a year.

And the cost of importing a single container could be reduced by around $46, by simplifying procedures.

The seminar, hosted by global trade credit insurance firm Coface and NCI Trade Credit Solutions, was told that digitalisation is also high on the priority list for the banking and insurance sectors.

And Carlos Casanova, an economist with Coface (Asia-Pacific) says his company is heading in the same direction, making it easier and simpler for clients to secure credit insurance.

Technology such as blockchain would not only reduce risk for exporters, it would also cut costs with less paperwork and improved efficiency, Mr Casanova said.

“It will take a few years, but insurance companies are now embracing digitalisation to streamline insurance coverage for clients.

“The export industry is moving rapidly – you either adapt and survive – or you fail.”

How exporters would benefit

Ms McAuley said government has a key role to play in assisting and encouraging Australian exporters to make the transition to the new digital environment.

Developing a single window for trade that also supports the digital transformation to paperless trade should be a government priority, she says.

Such a facility could improve trade facilitation in Australia by simplifying procedures and formalities for document submission and data collection. This would save government and business time and money.

In the recent federal budget, the government has allocated $10 million, toward a feasibility study to further investigate the development of a single window in Australia.

Many other countries are already advanced in the development of a single window for trade including Singapore and Hong Kong – resulting in significant productivity and monetary gains.

Ms McAuley identified the lack of a global harmonised documentation system as one of the biggest challenges now facing the export sector.

GPTA is now looking to undertake work to explore how to support the development of standardised export documentation as a global international standard must be developed to enable the seamless movement of goods, she said.

“And it’s incredibly important that Australia takes a leading position in creating that standard.

“If not, instead of drafting international standards and reforms, we’ll be playing catch-up.”