Which five nations can expect economic growth in the next decade? 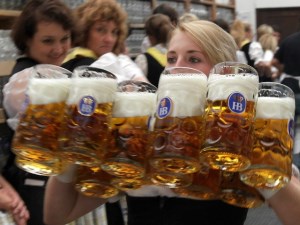 Economists have identified five advanced economies that will avoid the risk of stagnant economic growth in the next decade.

So which of the OECD’s advanced economies have what it takes to accelerate their growth over the next decade?

To identify them, Coface economists analysed a sample of 23 countries based on five criteria:

Two traditionally decisive factors in potential long-term growth. The UK is seeing acceleration in the growth of its assets, while Spain is seeing its immigration fall. The countries’ appeal plays an important role in both cases. The US remains one of the leading countries in terms of innovation, particularly in the field of biotechnologies. This advantage helps ensure its long-term growth.

In OECD countries this partly explains the 2008-2009 crisis and the shaky recovery. Income inequality leads to long-term weakness in purchasing power for households on low incomes. Sweden, Denmark, the US and France have experienced rising levels of inequality according to the GINI index, contributing to the slowdown in their growth.

Excessive (between 300% and 350% of GDP in most cases in the OECD), increases players' financial vulnerability, by exposing borrowers to insolvency and liquidity risk.Countries such as Spain and the UK, which saw a sharp increase in private debt before the crisis, then experienced some of the deepest recessions.  Germany, Australia, Switzerland and Finland are among the least indebted.

In summary, the Top 5 most solid countries are: Germany, South Korea, Switzerland, Belgium and the Netherlands.

Research and development expenditure, supported mainly by private German companies, is higher than the OECD average. Funding systems encourage small companies to grow. Finally, in addition to a sustained pace of exports, the country enjoys a high level of competitiveness, excluding cost.

A leader in high-quality electronics, South Korea is achieving significant productivity gains by building on its strong innovation capacity, including a high-quality education system, a high level of public expenditure on research and development and a large number of filed patents. Despite the slowdown in China, its cutting-edge innovative technology ensures it retains economic potential in terms of exports.

Innovation is a key priority for Switzerland, which has adopted a strong position in biotechnologies. Its financing system encourages access to bank loans for SMEs and its sources of research and development funding are mainly private. It also has very high non-cost competitiveness excluding cost, with Swiss companies enjoying a high-end brand image. Swiss exports increased by 27% between 2007 and 2013.

Belgium is one of the countries with the lowest levels of inequality in the OECD. The country also has one of the highest degrees of openness in the OECD, at 82% of GDP. This dynamic external trade makes the country particularly competitive.

The Netherlands enjoys well-balanced and relatively positive indicators. Although the country's total debt is fairly high (355% of GDP), the level of public debt (78%) could allow the government to support the private sector in the event of an expected change in growth. Port activity is also a particular advantage for the country, with Rotterdam being Europe's largest port. Again, the country enjoys one of the highest openness rates in the OECD (83% of GDP).

The Coface Group is a worldwide leader in credit insurance, offering companies around the globe solutions to protect them against the risk of financial default of their clients, both on the domestic market and for export.