When it comes to exports, this Australian state still leads the way 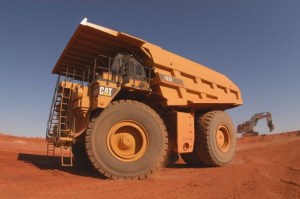 With a wealth of resources, Western Australia continues to be Australia's major exporter, accounting for 35.1 per cent of Australia's total exports in 2016-17.

Queensland comes in second, making up 22.4 per cent of the country's exports with NSW in third at 22.3 per cent.

The results are revealed in a new report by the Department of Foreign Affairs and Trade – Australia’s Trade by State and Territory 2016-17.

Minister for Trade, Tourism and Investment, Steven Ciobo says export values are growing in all states and territories, which is helping to create new jobs and drive economic growth.

The report, released yesterday, shows resources remained the major export for most of Australia’s States and Territories.

The main export for Victoria was education-related travel services ($9 billion), for South Australia was alcoholic beverages ($1.5 billion) and for Tasmania was zinc ($639 million).

In 2016-17 the value of exports for all states and territories grew, helping to fuel Australia's job boom.

Prices received for exports also increased for most states with Queensland seeing the largest increase (up 22.1 per cent).

The report is available at: 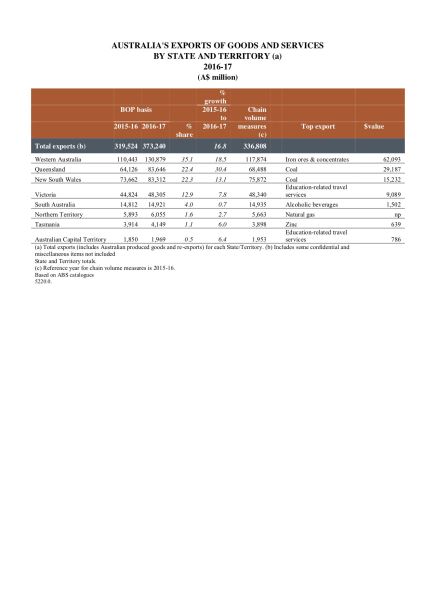