‘UK wine exports are at their highest level in a decade’
Rachel Triggs, Wine Australia read more
Our new e-magazine is OUT NOW. Click here to read.
REGISTER ADVERTISE
SUBSCRIBE TO OUR FREE NEWSLETTER
PUBLISHED | JUNE 10, 2014
COMMENTS | NONE
Tweet

What a buzz: Tasmania exports live bees to Canada 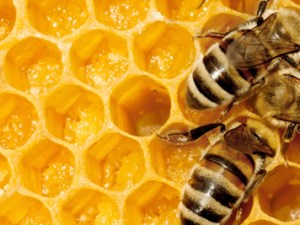 Tasmania, an Australian state relatively free from most serious bee diseases, has opened up a niche export trade in live bees.

During the last three months 2,800 packets of bees have been exported by air freight from Tasmania to Canada. The bees help to replenish hives destroyed by the varroa mite and colony collapse disorder.

Tasmanian bees are free from the varroa destructor mite and another pest, the small hive beetle, which is spreading across mainland Australia.

After transhipping through Melbourne and Hong Kong, the small colonies of healthy bees are allowed to grow and provide crop pollination services in Canada.

The bees are exported in 1.4 kg packs, with a queen in a cage, and are shipped through Launceston airport.

The new exports follow the Free Trade Agreement with Japan earlier this year, which also had some good news for Australian honey producers.

As part of the agreement, there will be a phasing out of the tariff that currently stands at 22.5 percent over 10 years.

Currently there is no quota for Australian honey in Japan. Last year Australia exported 99 tonnes to this key trading partner.

And now the Australian Honeybee Industry Council Inc is pushing to have EU tariffs removed as Australia negotiates an FTA with China.

The Australian bee keeping industry is the only one in the world that is free of varroa.

Varroa mites are parasites that live on bees and whose impact can lead to the destruction of whole colonies and hives.

Australia’s honey bee industry produces about $90 million worth of honey and beeswax annually.

And about 65 per cent of Australia’s agricultural crops rely on honey bee pollination, at least in part.

The CSIRO estimates that varroa could cost Australia’s crop industries about $70 million a year if it established in Australia.