'USMCA is the most important deal we've ever made by far’
US President Donald Trump read more
Our new e-magazine is OUT NOW. Click here to read.
REGISTER ADVERTISE
SUBSCRIBE TO OUR FREE NEWSLETTER
PUBLISHED | JANUARY 23, 2017
COMMENTS | NONE
Tweet

We won’t give up on TPP agreement, says Ciobo 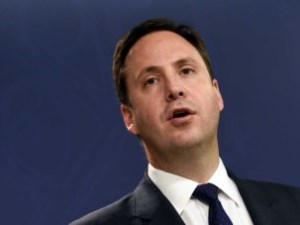 The Trans-Pacific Partnership (TPP) is too important for Australia to walk away – despite US President Donald Trump’s decision not to ratify the deal, says Trade and Investment Minister Steven Ciobo.

The TPP is vital to drive more Australian jobs and the Government will do everything possible to see the agreement in place, Mr Ciobo says.

President Trump’s decision – though disappointing – is not unexpected, he says.

“The Trans-Pacific Partnership (TPP) is an agreement of unprecedented scope and ambition.

“It promises new export opportunities for our farmers, services suppliers and goods exporters. It promises to support the growth of trade in our region, contributing to economic growth and new jobs.

“The Turnbull Government does not shy away from standing up for what is in our national interest – continuing our strong advocacy on the benefits of the TPP is no different.”

Mr Ciobo had lengthy discussions with TPP partners last week on ways to lock in the benefits from the TPP – with or without the US.

At the recent World Economic Forum he met with trade representatives from Japan, Canada, Mexico, Singapore, New Zealand and Malaysia to discuss alternatives.

“A number of options are available to us and there is a strong desire to ensure the benefits of the TPP are not lost,” Mr Ciobo said.

Ratification of the Agreement by the Australian Parliament is the strongest message we can send on the importance of the TPP, he said.

“It would be a clear statement from the Australian Parliament that we reject protectionism and that open markets are the path to long-term sustainable job creation.”

“A decision by Labor not to support ratification would be a radical reversal of their traditional support for trade and betrayal of the Hawke and Keating legacy of economic reform,” Mr Ciobo said.

“It would be a clear demonstration of the extent to which Bill Shorten is captured by the union movement.”

“While in the US I will continue advocating the benefits of liberalised trade,” he said in a statement.