‘UK wine exports are at their highest level in a decade’
Rachel Triggs, Wine Australia read more
Our new e-magazine is OUT NOW. Click here to read.
REGISTER ADVERTISE
SUBSCRIBE TO OUR FREE NEWSLETTER
PUBLISHED | MARCH 8, 2017
COMMENTS | NONE
Tweet 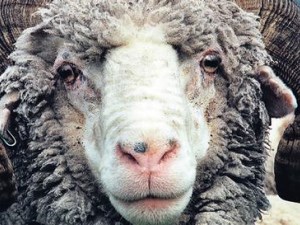 It’s all good news for Australian wool producers, with production, exports and prices on the rise.

Dr Gunning-Trant told the ABARES Outlook 2017 conference in Canberra this week the price of wool in Australian dollars had been increasing since 2014.

“In the two years since early January 2015, prices have risen by about 35 per cent,” Dr Gunning-Trant said.

Dr Gunning-Trant said prices are expected to peak next year before easing in real terms as wool production increases.

And by the end of 2021-22, prices are expected to still be relatively high – about 10 per cent above the 10 year average in real terms.

“By the end of 2016-17, shorn wool production is forecast to be 5 per cent higher than last year, reflecting flock rebuilding across the sector supported by good pasture growth on the back of 2016 rainfall.

Dr Gunning-Trant said wool exports were forecast to rise by 4 per cent and reach 442,000 tonnes in 2017-18, as the expanding national flock results in further increases to the number of sheep shorn.

Dr Gunning-Trant said export growth was supported by a slow but steady increase in international demand.

“Wool demand is continuing to grow in the European Union and the USA—the major international markets for imported clothing.

“And in China, wool consumption is forecast to grow more strongly because of relatively high rates of economic growth and increasing domestic consumption of luxury woollen textiles.”

China is the world’s largest producer and exporter of woollen clothing and textiles and a major consumer of finished woollen goods.

ABARES Outlook 2017 is Australia’s leading forum for public and private decision-makers in agriculture, This year marked the 47th annual conference.