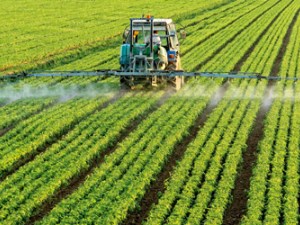 The 163 Members of the World Trade Organization (WTO) have agreed to abolish all agriculture export subsidies.

This follows a meeting at the 10th WTO Ministerial Conference in Nairobi, Kenya, last weekend.

“This remarkable historic agreement will bring an end to more than $15 billion of agriculture subsidies.”

“Their abolition will permanently remove a long-standing source of distortion in global agricultural markets,” he said.

“This is a major win for Australian farmers, Mr Robb said. “It complements the gains already delivered through the trifecta of free trade agreements with Korea, Japan and China. And will build on benefits from the Trans Pacific Partnership when it is implemented.

“This is the first time in 20 years that the WTO has delivered an outcome specifically on agriculture.”

Mr Robb said as Chair of the Cairns Group of agricultural exporting nations, Australia played a crucial role in achieving the outcome.

WTO members also agreed to put limits, for the first time, on the ability of WTO members to use export finance programs that distort agricultural trade. They also agreed to conditions to ensure international food aid didn’t damage global trade or production in aid recipient countries.

Mr Robb said while this outcome is welcome, it is only one part of the bigger Doha trade reform agenda.

“There is no realistic prospect of concluding the many remaining issues under the current Doha negotiating framework, such as market access and domestic subsidies.”

Mr Robb said there is merit in exploring new approaches to global trade liberalisation and reform that may deliver substantial outcomes “in time frames that are meaningful to business.”

“Australian farmers can’t wait another 14 years to have other problems resolved,” he said.