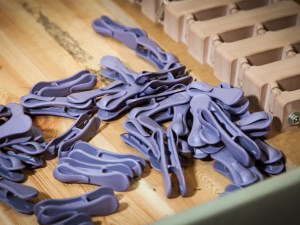 An innovative yet simple clothes pin is now being shipped to China for the first time following a string of global export wins.

South Australian company HEGS Australia has enjoyed a meteoric since its founder and CEO Scott Boocock came up with the innovation – putting a hook on each end of a clothespin – came when he was trying to hang up his wife's black dress on a sunny day.

The company, based in the Tonsley Innovation precinct in Adelaide, now exports to 18 countries including the US, Canada, Singapore and New Zealand.

It will send its first shipment of 873,600 HEGS pegs to China in the coming days.

The company will double its capacity to 160,000 HEGS per day this month in a bid to keep up with demand.

The HEG was originally manufactured in China, but in the interests of quality control and helping local industry, the process now entirely takes place in South Australia.

The innovative household product was thrust in to the spotlight after winning a Good Design Award in 2014, featuring on Australian television program Shark Tank in March 2015 and being named one of the top 10 products at a 2015 Housewares Show in Chicago.

“The business has grown beyond all expectations, and the HEGS Clothes pegs’ extraordinary journey continues across the globe,” he said. 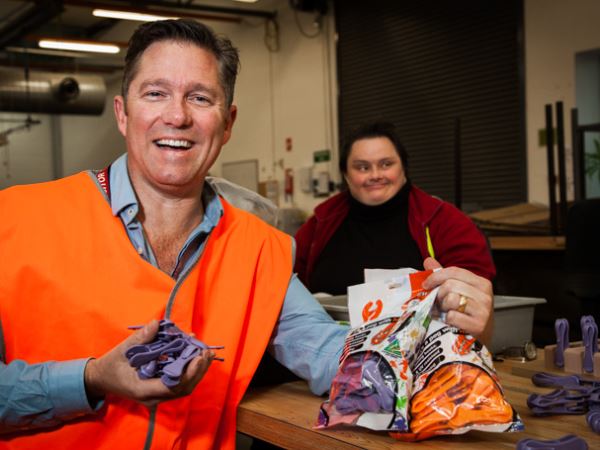 HEGS will launch a new product – an ecodry portable clothesline – in the coming months. It says the new Australian made product is ideal for the elderly, apartment living or those looking for a clothesline that is easy to move around the house.