'USMCA is the most important deal we've ever made by far’
US President Donald Trump read more
Our new e-magazine is OUT NOW. Click here to read.
REGISTER ADVERTISE
SUBSCRIBE TO OUR FREE NEWSLETTER
PUBLISHED | JANUARY 18, 2015
COMMENTS | NONE
Tweet

US gets taste for Australian lychees and mangoes 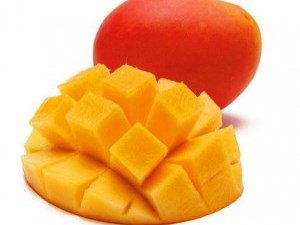 Australian lychee and mango growers can now export to the US, opening the door to the lucrative market for Australia’s 800 growers.

The growers along with exporters and the food treatment industry negotiated a deal that will pave the way for their produce to be exported to the valuable US market.

Minister for Agriculture, Barnaby Joyce encouraged growers to take up the new opportunity.

And each year about 3500-4000 tonnes of lychees are produced in Australia with exports estimated to be worth $18-20 million.

“New market access to the US is one way we can take our quality produce to the rest of the world – building upon Australia’s reputation for high quality produce and bringing greater returns at the farmgate,” he said.

“Access for Australia’s fresh lychees and mangoes were one of our agricultural priority market requests, negotiated under the US-Australia Free Trade Agreement.”

Mr Joyce said extensive work had been undertaken behind the scenes by Department of Agriculture officials together with industry to give US authorities confidence that Australian exporters could meet the relevant standards.

“As one of the world’s leading trading nations, Australia depends on open and transparent international markets for jobs and economic growth,” he said.