‘Beginning to export can be challenging, but there are massive opportunities for Australian firms’
Karen Andrews, Minister for Industry, Science and Technology read more
Our new e-magazine is OUT NOW. Click here to read.
REGISTER ADVERTISE
SUBSCRIBE TO OUR FREE NEWSLETTER
PUBLISHED | APRIL 13, 2018
COMMENTS | NONE
Tweet 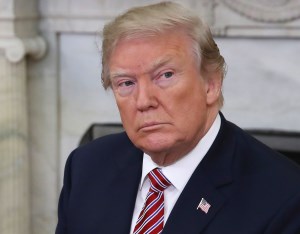 US President Donald Trump has asked trade officials to explore the possibility of the United States rejoining negotiations on the Trans Pacific Partnership trade agreement after pulling out of the deal late last year.

This was revealed following a meeting of farm-state politicians at the White House yesterday.

Mr Trump reportedly has asked his trade representative Robert Lighthizer and his new chief economic adviser Larry Kudlow to “look into the agreement”.

Australia and a group of 10 other nations resurrected the trade agreement (now known as TPP-11) following Mr Trump’s decision to abandon the deal as part of its America First agenda.

American farmers say the deal would open more overseas markets for them.

“I’m sure there are lots of particulars that they’d want to negotiate, but the president multiple times reaffirmed in general to all of us and looked right at Larry Kudlow and said, ‘Larry, go get it done,”’ said Republican Senator Ben Sasse of Nebraska.

The discussions came during a meeting in which Mr Trump told farm-state governors and politicians that he was pressing China to treat the American agriculture industry fairly.

Midwest farmers fear becoming caught up in a trade war as Beijing threatens to impose tariffs on soybeans and other US crops.

This would be a big blow to Midwestern farmers, many of whom are strong supporters of Mr Trump.

It is not known whether Mr Trump would accept the TPP in its present form and would seek amendments.

During a February news conference with Prime Minister Malcolm Turnbull, Mr Trump raised the possibility of re-joining TPP only if the negotiators offered more favourable terms.

In a CNBC interview in January, Mr Trump said: "I would do TPP if we were able to make a substantially better deal. The deal was terrible."

Competitive advantage for Australian farmers may be eroded

The eleven countries, including Australia, that signed the agreement last month represent about 14% of global trade. That would be increased to 40% with the inclusion of the US.

"A country the size of America, and the optics of having the US actually sign on to an agreement which is in contrast to what they've done in the last couple of months in relation to increasing tariffs is quite significant," Mr Maher said.

But Mr Maher cautioned that Australian farmers currently have an advantage over their US counterparts which must not be eroded under any revision of the TPP.

"We wouldn't want them to waltz in and for our competitive advantage to be eroded," he said.

"We want to maintain a significant advantage in products like beef into the Japan market. It is worth about $2 billion."