"Australia is running a trade marathon with its shoelaces tied across its feet"
Peter Kosmina (Trade Window) read more
Our new e-magazine is OUT NOW. Click here to read.
REGISTER ADVERTISE
SUBSCRIBE TO OUR FREE NEWSLETTER
PUBLISHED | JUNE 29, 2015
COMMENTS | NONE
Tweet

Trade with the Arab world a priority for Australia 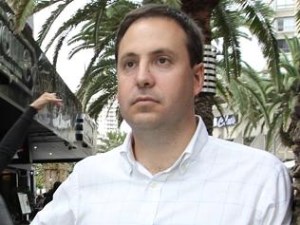 Enhancing trade with the Arab World is an Australian Government priority, Mr Steven Ciobo, Parliamentary Secretary to the Ministers for Foreign Affairs and Trade told a Forum of business leaders in Canberra earlier this month.

Mr Ciobo said there is a growing interest in the service capacity of Australia in areas such as hospitality, education, tourism and IT.

Australia has expertise in these service areas and is able to lend this expertise to Arab countries, he said.

Mr Ciobo said the Australia Government is pursuing a Free Trade Agreement with the Gulf Cooperation Council (GCC), which is set to grow trade immensely between Australia and the region.

He was speaking at the Seventh Annual Forum of the Australian Arab Business Council (AABC) and the Council of Arab Ambassadors (CAA), at Parliament House.

A number of Senators and Members of Parliament were also present.

The Dean of Arab Ambassadors, Mr Mohamed Mael Ainin, Ambassador of Morocco, who welcomed guests, was confident the Forum would develop concrete strategies to help boost trade between Australian and the Middle East.

Mr Mael Ainin applauded the efforts of the Australian Arab Business Council in organising the Forum.

And AABC President Mr Hassan Moussa gave a detailed presentation of the current trade and investment situation between Australia and Arab countries.

Mr Moussa highlighted areas where such trade and investment can be enhanced.

The Forum held a discussion on making trade with the Middle East a top priority for the Australian government, Arab governments and the business community.

Mrs Rima Alaadeen, Ambassador of Jordan and Mr Zak Refai, AABC Vice President, was the moderator of the discussion.

The parties agreed to create an electronic hub that allows for the exchange of information on trade related activities.

They also explored ways in which the Council of Australian Arab Relations (CAAR), within Foreign Affairs can play a more engaging role in pursuing trade.

There was also some discussion on how to expand trade beyond the Gulf States.