The world is an oyster for SEAPA aquaculture systems 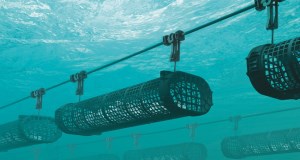 The rising popularity of eating fresh oysters straight from the shell is driving global growth for an Australian supplier of aquaculture equipment designed to produce premium quality shellfish.

SEAPA has been making its innovative oyster baskets in Adelaide, South Australia since 1998 but has grown significantly in the past three years following strong sales in the United States and France, where it now has offices.

In this time SEAPA’s exports have grown from 25 per cent to 75 per cent of its total business and this month earned it an agribusiness award at the 2018 South Australian Export Awards.

SEAPA’s baskets were originally designed for adjustable long line Pacific Oyster farming in Australia, where most oysters are sold in a half shell, but in the past five years new models of the baskets have been adapted so they can be retrofitted to different farming techniques, such as the French method or the increasingly prevalent sub-tidal technique in deeper waters.

The baskets, which are manufactured in Adelaide by its parent company Garon Plastics, are designed to use the movement of waves to gently rock the oysters inside each basket to harden and shape shells to a consistent size and build muscle.

Group Sales Manager Alex Jack said SEAPA worked with farmers in a variety of environments to help provide methods for producing high quality oysters that could be sold in-shell at a premium.

“We’re really trying to focus on the knowledge that we’ve built over 20 years and trying to leverage that,” he said.

Jack said separating the oysters into single seeds and allowing their shells to knock against each other in the basket helped to keep them clean and maintain the desirable growth shape of 3:2:1 – three times as long and twice as wide as they are deep.

“You’ve got the physical product – the plastic basket – but it’s the whole system around it such as how many baskets you need, what are the stocking densities, how often should they be changed, what level and orientation should they be deployed in the water – there’s a stream of different questions when you are dealing with the ocean, which is so variable.

“We’ve been around and seen a lot of farms in the world so something we might have seen in Portugal could be the perfect for something that’s happening in Japan.” 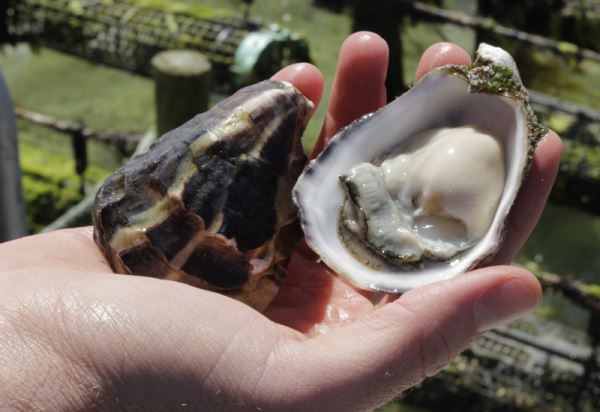 Jack said the aesthetics and shell durability of premium oysters was becoming increasingly important as more oyster bars opened around the world, including Japan where SEAPA established an office this year.

He said to produce a premium oyster consistently and efficiently many growers needed to adopt different systems than they had traditionally used to produce oyster meat for soups and canning.

“We want to be able to grow a consistent oyster with a hard shell, good abductor muscle and that’s the oyster that presents well on the plate, it travels well and it’s a healthy oyster with a nice shell and a good meat content,” Jack said.

“It’s a real shift that’s happening around the world, it’s becoming quite trendy, there’s more and more oyster bars popping up in the US and in Japan there’s a move away from the tradition of just eating oyster meat in soups and now they are going to oyster bars to eat them out of the shell.”

Eating oysters from the shell

While China grows about 80 per cent of the 5 million tonnes of oysters produced globally each year, almost all of its oysters are produced for oyster sauce and bulk meat.

However, unlike most other countries, Australia has a long history of eating oysters directly from the shell – an overwhelming 97 per cent of Australian-grown oysters are sold in a half shell.

While the overall supply of oysters outside of China is not increasing, the demand for premium half-shell oysters is, giving growers the opportunity to produce more profitable premium products rather than bulk meat traditionally canned or used in soups.

“There are a lot of companies looking to diversify their range so rather than growing just a meat-only commodity product, we’re providing them with the tools to grow a premium product that allows them to get a much higher price,” Jack said.

“They’ve then got a different stream to market and they can start looking at things like branding so it does change the model for them as well.”

Meanwhile, the final construction stage of the largest man-made oyster reef system outside the United States has been completed in South Australia.

The 20-hectare reef in the waters of Gulf St Vincent in South Australia is the first of what is hoped to be five major reef projects in the state to revive wild populations of the almost extinct Ostrea angasi native mud oyster.

The 4ha Stage 1 of the project was completed in June 2017 and 30,000 adult native oysters were embedded across the 15 limestone structures in January this year.

Work on Stage 2 began in late August and was completed earlier this month. It involved placing almost 10,000 tonnes of limestone boulders, each about the size of a soccer ball, to form 144 reefs across the remaining 16ha area.

The final part of the project will include seeding the Stage 2 section with seven million one-month-old native oyster spat in December.

The project, about 1km off the coast of Ardrossan on South Australia’s Yorke Peninsula, aims to increase fish stocks for recreational anglers, improve water quality and biodiversity and revive the oyster in the Gulf.

The first 4ha of the reef was delivered in Stage 1 by The South Australian Department of Primary Industries and Regions (PIRSA) last year, while a further 16ha will be delivered by The Nature Conservancy by the end of 2018.