‘UK wine exports are at their highest level in a decade’
Rachel Triggs, Wine Australia read more
Our new e-magazine is OUT NOW. Click here to read.
REGISTER ADVERTISE
SUBSCRIBE TO OUR FREE NEWSLETTER
PUBLISHED | APRIL 24, 2018
COMMENTS | NONE
Tweet

The impact of US steel tariffs on global trade 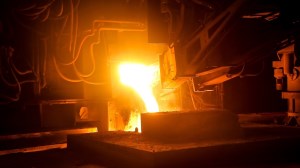 The tariffs are imposed under a rarely-used law that allows emergency trade sanctions for national security purposes. They’re framed as a fight to preserve jobs for American steelworkers and a matter of national security.

By raising tariffs on steel and aluminium, the US administration is essentially delivering on a 2016 presidential campaign promise.

The fear is that this is just the start of more widespread protectionist measures, and that the rest of the world will retaliate.

China’s steel production and consumption outstrips other countries’ significantly. China’s economic slowdown and the global economic crisis contributed to lower steel prices, which are starting to recover due to increased economic growth and the announcement by the Chinese authorities that they will close down a significant number of production centres.

US steel production shows a positive correlation with price developments. The US now produces at 74 per cent of its capacity. That’s not enough to prevent the US from running a persistent trade deficit in steel products. Despite having an enormous overcapacity in steel, China is not a major steel exporter to the US, partly reflecting past measures to curb imports.

The aluminium market is much smaller in size compared to steel, and China is again the dominant producer by far. Aluminium prices have been under pressure since 2011 but have bottomed out and are rising.

US aluminium production has been in decline for decades, and took another considerable hit in 2015, allegedly owing to Chinese dumping of aluminium on the US market. While there is plenty of potential for production to rise to meet any shortages, for now, the US relies heavily on imports.

The US metals industry is exposed and only partly able to cope with the forces of globalisation. US producers are not sufficiently competitive. There has been a lack of investment in new technologies, inflexible labour contracts, and increasing legacy (health and pension) costs. This means that, in the case of unhampered trade between the US and the rest of the world, relatively inefficient US steel and aluminium factories are pushed out of the market.

Higher prices from global providers protect US metal producers who could raise their prices by the same percentage as the tariff without losing market share or keep US prices low and drive out foreign firms. Then, US firms will be able to increase their production, replacing imports. This will not be a 100 per cent substitution because the higher US metals prices will reduce demand from metals-consuming industries such as automobile and appliance firms in the US.

This seems a benign outcome for the US, at least if nothing else changes. The US could benefit as steel production increases and imports decline. However, large parts of the US manufacturing sector, including fabricated metals, automotive and industrial machinery, use metals as an input in production. Their production costs will increase, which will erode competitiveness against foreign firms or lead to higher prices, thereby reducing product demand.

Oxford Economics has calculated that for total US manufacturing, the tariffs shave off 0.2 per cent of growth versus a baseline scenario without tariffs.

How tariffs will affect jobs

For employment the picture is even bleaker, a projected loss of at least 80,000 in the metal-using manufacturing industries over the next two years. These figures stand against a 0.8 per cent higher growth rate and a gain of 10,000 jobs in the metal producing manufacturing sector.

For example, the 2002 tariffs on steel resulted in a negative impact of US$30 million, a negligible share of total US GDP. The overall loss of 70,000 jobs in the manufacturing sector seems somewhat more substantial but, compared to total US employment (148 million in 2017), the effect is negligible.

The US government stands to gain marginally from the tariffs. The tariffs may lead to considerable import shrink and, although the price may be expected to go down, the government will be able to generate USD$5.8 billion in tariff revenues.

However, the overall amount of tariff revenues is negligible in view of the total of US$6.3 trillion that the US expects to collect in taxes in 2018.

The overall effect of the tariffs on America’s trading partners is negative. Countries whose steel exports to the US are a large share of their metals production stand to lose most.

While metals exporting firms lose, firms with production facilities in the US could benefit.

Moreover, metal-using firms, such as automobile and appliance firms, now have a windfall of a lower steel price, improving input costs and margins, and even their competitive position. They can even start, or accelerate, exporting to the US.

With the impact on US GDP already so low, the impact on GDP for the rest of the world should be marginal and may not even be detectable in GDP data. An impact on global GDP will hardly be perceivable.

As the US steel and aluminium prices go up, Canadian, Mexican, and Australian metal firms can opt for one of two strategies. First, they can sell at the new US price, and expand their production. This would make it more difficult for both US production and imports from non-exempted firms to increase.

The Canadian and Mexican firms have, from an economic point of view, effectively obtained US firm status. This line of action will push metals prices to a lower level than without the exemption due to the increased supply.

Second, these firms can, provided they have sufficient capacity, initially sell at pre-tariff prices, and obtain massive market share gains in the US market. However, this will not prevent US metals prices from being driven upward (unless supply from Canada and Mexico fully replaces the imports from the non-exempted countries). The price increases in the US market will be even more limited in such case. The upshot of the exemption in our framework is a lower US price, depending on what supply is by firms from the exempted countries.

The lower the price, the more limited the US production expansion, and thus the perceived impact of the tariff. Indeed, exemptions are potentially a powerful weapon to undermine the US tariff. Moreover, the more exemptions, the weaker the ultimate impact of the tariffs. Exempted metal exporting countries, however, stand to gain.

The US administration, or perhaps the US president, has made a big point of delivering on a campaign promise of raising tariffs to reinvigorate the US steel and aluminium industry. US President Donald Trump wastes no opportunity to Tweet about this. This constant Tweeting, as well as the tariffs themselves, has created great upheaval and raises fears for what could happen next.

First, the US administration might be willing to negotiate exemptions with countries (other than Canada, Mexico, and Australia) and with individual firms.

Second, trading partners subject to the import tariff are expected to retaliate and have vented various alternatives in anticipation. The EU has prepared a list of American exports it would hit with a reciprocal 25 per cent tariff. It includes the iconic American brands Harley-Davidson, and products such as bourbon and blue jeans. President Trump has said that he would meet such a response with tariffs on cars.

Third, apart from exemptions and retaliations, the US government is likely to come up with more widespread protectionist measures. This solicits additional countervailing measures by its trading partners.

For the start, China has hit back with tariffs on $3 billion of exports on 106 US products, including soy, cars and chemicals.

In addition, the European Union has also threatened to impose tariffs on hundreds of US items for import, including cigarettes, sweetcorn, and stainless steel sinks.

It’s also seeking compensation from the United States for tariffs on steel and aluminium.