The challenge of doing business in India 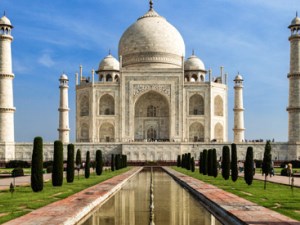 India has a population almost 50 times larger than Australia, but an economy that is only modestly larger.

Per capita GDP is less than one tenth that of Australia. English with an Indian dialect is widely spoken amongst the upper classes.

For most Australian SME businesses where sensible expenditures and realistic planning is the key to survival and prosperity knee-jerk export marketing to India can quickly turn into an expensive disappointment.

Hundreds of millions of people in India exist in a level of poverty that many can scarcely imagine in the west and have done so for many centuries, long before the European mercantile age.

To be sure, India’s recent economic growth rates, over the last 16-17 years, have been impressive but these need to be placed in proper perspective.

Much of the increase in employment has come about as a result of western multinationals moving jobs from the west to this low wage economy. Similarly, as so much of the population are subsistence farmers or shanty town dwellers, invisible from a purely statistical viewpoint, they “exist” in economic terms only when they enter the work force giving an artificially dramatic “one off” effect to growth rates.

Moreover, inflation has been rampant over much of this time pushing prices ahead of productivity.

Corruption or Baksheesh (translation: a gift) is particularly widespread at all levels. Many mid and lower Government officials could not put food on the table without it. Nepotism is considered as the natural order of things.

Quite a small percentage of the population possess western purchasing power India has religious caste system which divides the populace into categories of socio-religious importance with the lowest and most populous level still viewed my many as being on par with or even less than animals. Religious and caste/religious issues frequently spill over into rioting.

Wealth is tightly held amongst the upper class who prefer to spend their surplus capital buying overseas assets such as mines or struggling prestige western brand names.

Indian “genetic” nationalism is still quite pronounced with Indians of second third and even fifth generation western born still sending for brides and husbands from the village of their ancestry in India.

In terms of export opportunities from Australia to India, coal and gold account for almost two thirds of current exports with education and associated services accounting for a big part of the non-mineral exports.

Further opportunities for exports exist in selling western exotica and big brand names as well as agricultural products including wine, vegetables and some processed vegetables as well as fresh flowers.

A demand for high value add manufactured goods such as machine tools does exist and while currently not large it will grow but only at the upper end of the value add, technology and design intensive scale.

Services exports for medium size Australian businesses face the challenge of trying to sell into a low wage country where quality, knowledge and organisation are deemed as having little or no value.

Think of doing business in India as a long term game plan.

As globalised world wealth realigns to reflect population mass more than ingenuity or natural advantage India is on course to become a relatively wealthier nation state. This will produce more surplus discretionary income which they will want to spend. The growth of a sophisticated non family grouped urban middle class will be the best indicator of such a transformation.

For Australian medium enterprises today export opportunities to India might be few but do your research well, budget carefully, think about the realities and stick to what you know. Opportunities are there but they are far fewer than the large population and media hype would suggest.

Importantly, if you prepare carefully and stay realistic you will go much further in avoiding disappointment and discouragement and thus stay in the game.

David Gray is lead consultant at Biztechwrite suppliers of export related advice, documentations and language translation services. David can be contacted at 0458 701 990 or biztechwrite@gmail.com