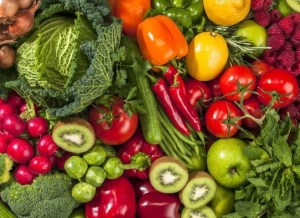 AUSVEG, in conjunction with the Tasmanian State Government and other industry stakeholders, will host a Japan-focused trade mission in Tasmania next week.

Growers will showcase the state’s high-quality horticultural produce and network with some of Japan’s major fresh produce importers.

Most of them are visiting Tasmania for the first time.

The Tasmanian Government will host a dinner for the Japanese delegation where the buyers and growers will network further and discuss new business opportunities.

Supported by the Tasmanian Fruit and Vegetable Export Facilitation Group, the dinner will use local ingredients, as well as some produce from the host farms.

AUSVEG and the Victorian State Government will also host the delegation on February 8 following their Tasmanian visit.

The networking function will provide the delegation with the opportunity to connect with leading Victorian growers.

Japan is one of the key markets for the Australian vegetable industry with exports over $30 million in value and over 16,000 tonnes in volume in 2016-17.

“The Free Trade Agreement between Japan and Australia and the TPP 11 are key drivers that could increase the export of fresh Australian vegetables into the Japanese market,” said AUSVEG National Manager – Export Development Michael Coote.

“Many Japanese companies are considering Australian-grown produce as a result of the reduced tariffs from these economic agreements and due to favourable climatic conditions that means Australia can fill gaps in Japan’s local supply when product is not in season.”

Mr Coote said Tasmania has established a global reputation as a producer of clean and green produce and a reliable supplier of a wide range of high-quality food and beverage products.

“It has played an important role in exporting fresh produce to Japan for many decades and will continue to do so in years to come,” he said.

“Tasmania produces a wide variety of vegetables and fruit for export. There is no doubt that Tasmania has much to offer Japan and other export markets, and it is hoped this trade mission will increase export opportunities for local producers.”

The trade mission will involve eight vegetable and fruit grower hosts (which include producers of leafy salads, onions, carrots, broccoli, cabbage, capsicum, cherries and blueberries, among others) and two processing companies (frozen and canned vegetables, and apple cider).

The hosts are based in regions surrounding Hobart, Launceston and Devonport.

This trade mission has been supported by the Tasmanian and Victorian state governments and Hort Innovation as part of its ongoing investment to increase the exporting capability of the Australian vegetable industry and its growers.