‘UK wine exports are at their highest level in a decade’
Rachel Triggs, Wine Australia read more
Our new e-magazine is OUT NOW. Click here to read.
REGISTER ADVERTISE
SUBSCRIBE TO OUR FREE NEWSLETTER
PUBLISHED | SEPTEMBER 5, 2018
COMMENTS | NONE
Tweet 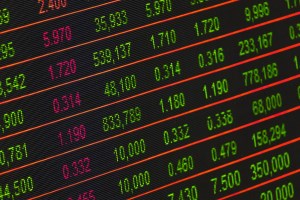 The Trans-Pacific Partnership (TPP-11) will deliver $15.6 billion in net annual benefits to Australia’s economy by 2030 and an increase in exports of $29.9 billion, new analysis shows.

And additional overseas investment by Australian businesses will increase by $26 billion.

The TPP-11 legislation is expected to be debated in the House of Representatives in the next sitting week.

Exporters must be able to access new market opportunities

Mr Birmingham urged the Australian parliament to ratify the TPP-11 as soon as possible to “lock in the forecast benefits and avoid being at any competitive disadvantage.”

It is one of the most comprehensive trade deals ever concluded and will eliminate more than 98 per cent of tariffs in a trade zone with a combined GDP worth $13.7 trillion.

The US pulled out from the Trans-Pacific Partnership last year, but US President Donald Trump has not closed the door completely. He indicated the decision would be reviewed if the US can secure a more favourable deal.

“To secure and grow our national prosperity Australian producers and exporters must be able to access the new market access opportunities that the TPP-11 will provide,” Mr Birmingham said.

“The benefits to Australia are substantial,” she said.

“It would be irresponsible to stall an agreement which can improve living standards, particularly at a time of weak wages growth.”

Also, the modelling highlights the potential for even bigger benefits if other countries join.

“If the Agreement was expanded to 16 countries, the modelling shows Australia’s national income would increase by $22.1 billion and exports by $48.1 billion by 2030,” Ms Westacott said.

“Not passing the legislation now could also have serious implications at a time of rising international trade tensions.

“Signalling any reversal would not only harm Australia but could further weaken support for a liberal world trading order.

“Australia has been a global leader championing trade liberalisation, which has both benefited Australians and lifted millions out of poverty overseas.

“This is something the parliament can do now to lock in improved living standards for our country.”

US economists Peter Petri and Michael Plummer prepared the modelling on the Comprehensive and Progressive Agreement for Trans-Pacific Partnership on behalf of 11 business groups including the Business Council.

The report updates 2016 modelling on the TPP (which included the US).