'USMCA is the most important deal we've ever made by far’
US President Donald Trump read more
Our new e-magazine is OUT NOW. Click here to read.
REGISTER ADVERTISE
SUBSCRIBE TO OUR FREE NEWSLETTER
PUBLISHED | MARCH 10, 2018
COMMENTS | NONE
Tweet

TPP-11: The symbolism is strong, the economics are even stronger 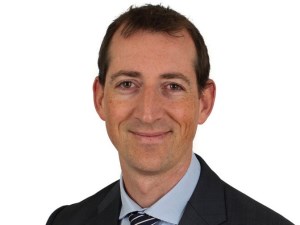 Signing the TPP-11 could not come at a more important time, said Heath Baker, head of policy at the Export Council of Australia (ECA).

“It shows that despite the protectionism coming out of the US, there is still momentum to increasing shared prosperity through freer trade.

“The ECA welcomes the signing of the TPP-11 (Comprehensive and Progressive Agreement for Trans-Pacific Partnership, also known as the CPTPP).

“But of course, the TPP-11 is not just important due to its symbolism,” he explained. “It is an agreement that will deliver real benefits to Australia and the other ten countries involved.”

The benefits of joining

The TPP-11 gives Australia preferential tariff and services access to Mexico and Canada. It also means better tariffs to current FTA partners for some products, and new access for some services.

“The greatest benefit of the TPP-11 is the way it lowers the cost of doing business between markets,” said Mr Baker.

“For example, the TPP-11 makes it easier for businesses that rely on cross-border data flows – which is most businesses – because it means they now can store data in one country. For businesses exporting goods to more than one of these markets, it simplifies things by setting one set of rules for trading across them.”

The Peterson Institute for International Economics estimated that Australia’s national income in 2030 would be US$12 billion better off than if the TPP didn’t exist.

There are also indirect benefits.

“People don’t realise that additional benefits flow from a lower tariff. When you can sell at a lower price, you can sell more,” said Mr Baker. “This means you can negotiate lower rates in your supply and logistics chain. This can add up to more sales, meaning more jobs.”

But the benefits of joining aren’t just economic.

“The reason that Barak Obama pushed the TPP was to establish the next generation of trade rules. Even without the US, the TPP-11 still does this. In some ways it’s a better agreement without the US, because the TPP-11 doesn’t include the US’s offensive interests around intellectual property.

“That makes the TPP-11 a lower-cost agreement for other countries to join, meaning more of them are likely to join in the future.”

The costs of staying out

For Australia, the economic cost of staying out isn’t just the US$12 billion less in 2030, Mr Baker says.

“The TPP will go ahead regardless of whether or not Australia is in. That means we need to look at the cost of being outside the TPP when other countries are in it.

There are also political costs.

“Australia is not only a champion of the TPP-11, but free trade globally. The world can’t afford to lose another champion of free trade at the moment.”

Many economists have criticised the growing number of free trade agreements as creating a spaghetti or noodle bowl which is hard for businesses to navigate.

“But while there’s definitely scope to reduce complexity by making the rules of FTAs easier to comply with, you shouldn’t use that to criticise the TPP-11.

“By bringing multiple countries under one FTA, it simplifies things for businesses. If it’s too much of an administrative burden to switch between using several different FTAs, the TPP-11 means businesses can choose to just use, high-quality agreement.”