TPP-11 opens the door to Mexico for Aussie exporters 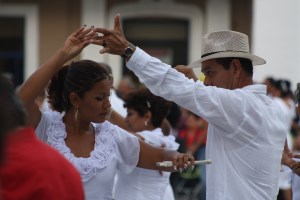 Mexico is a country that’s not been on the radar for the majority of Australian exporters – until now.

This will provide unprecedented opportunities for TPP-11 signatories – including Australia.

Over the next 10 years Mexico has agreed to progressively eliminate tariffs on beef, sheep meat, dairy products (including yoghurt), resources/energy, rice and manufactured goods.

Almost half (48.7%) of Mexico’s total imports by value last year were purchased from the United States and Canada – fellow signatories to the North American Free Trade Agreement (NAFTA).

Mexico's $2.4 trillion economy – 11th largest in the world – has become increasingly oriented toward manufacturing since NAFTA entered into force in 1994.

Per capita income is roughly one-third that of the US and income distribution remains highly unequal.

Mexico has become the US' second-largest export market and third-largest source of imports. In 2016, two-way trade in goods and services exceeded $579 billion.

Trade partners in Asia accounted for 35.1% of Mexican import purchases while 12.5% worth originated from Europe. Smaller percentages came from Africa (0.3%) and Latin America plus the Caribbean (3.1%).

Given Mexico’s population of 124.6 million people, its total $420.4 billion in 2017 imports translates to roughly $3,400 in yearly product demand from every person in the country.

Uncertainty surrounding the future of NAFTA

Mexico’s economy will be vulnerable to uncertainty surrounding the future of NAFTA. This follows the big shift in domestic trade policies under the new Trump administration.

A number of roadblocks still remain after the seventh round of NAFTA negotiations which began on February 26.

Canada and Mexico have rejected contentious US proposals with rising probability of the attempt to renegotiate totally collapsing.

And Mexico’s trade relations with China are tense. Mexico is running an overwhelming trade deficit with China and is at the forefront of international efforts to introduce trade protectionist measures against China.

Opening the door to Australian imports

This may open the door even wider for Australian exporters.

“Formal and informal barriers to entry exist in some sectors (particularly services), but we expect a further relaxation of restrictions in the short term as the government continues to improve access for foreign investment in key sectors,” the report notes.

“The tourism sector, Mexico’s third largest source of revenue after remittances and oil, has seen substantial investment in recent years and should grow at robust rates.”

Also, opening the telecoms and energy sector to private-sector participation should create new investment opportunities for local and foreign firms in the short to medium term, it predicts.

The EMIS report recommends the following:

The report includes current risks and opportunities for exporters to Mexico.