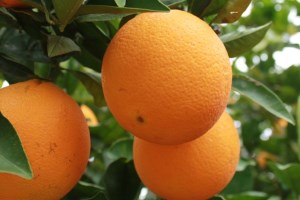 The first shipments of certified pest free Australian navel oranges are arriving in China following the premium status recognition by the Chinese Government.

The first shipments of certified pest free Australian navel oranges are arriving in China following the premium status recognition by the Chinese Government.

The Riverland region in South Australia is the only major citrus producing area in Australia to be free of fruit flies and is renowned for producing some of the world’s highest quality table oranges.

The Chinese recognition of the South Australian region came in November last year but its full benefits are only just beginning for growers and exporters.

The navel season typically runs from May to September but premium Washington navels are generally picked in the Riverland from June until August, peaking in mid-July.

Pest-free recognition from China now means South Australian oranges can be sent to Asia via the more direct route of Port Adelaide cutting about a week off the month-long journey from packing shed to retailer. Previously the Chinese Government had required all Australian oranges to be cold-treated and shipped from Melbourne, incurring additional costs for growers of about $200 a tonne.

Australian citrus exports totalled 273,232 tonnes last year at a value of $462 million. This represented a 19 per cent growth in volume and a 32pc growth in value. About 71,000 tonnes of this – more than a quarter – went to China.

Bringing stability to the industry

Lochert Bros has been packing and processing citrus in the Riverland for more than 50 years.

The company handles about 20,000 tonnes of fruit a year, about half of which is exported.

While Singapore is still its biggest export destination, China is a growing market. Other export markets include Malaysia, New Zealand, Japan and the Philippines.

Managing Director Robert Lochert said the added demand from China had helped increase prices for growers across the whole market.

“The demand has certainly been a stimulant for the whole orange industry in Australia,” Lochert said.

“The fact that they are looking for it and pay reasonable prices and because of that strong demand it’s firmed up the other markets, which is fantastic.

“I hope it continues and I think it’s important that we have that Chinese market because it’s brought a lot of stability into the industry.”

Located along the Murray River about 250km east of Adelaide, the Riverland is the third largest citrus growing region in Australia. However, its high proportion of navel oranges and ideal growing conditions make it a leading exporter of premium table oranges.

Lochart said although this year’s navel crop was not as heavy as in some years, the oranges were full of flavour.

“Last year for some reason the sugar content wasn’t very high in the navel oranges but this year they are eating exceptionally well so Mother Nature’s dealt us a couple of aces and they’re looking for the fruit (in Asia),” he said.

The Chinese recognition follows on from Indonesian certification of the Riverland as a Pest Free Area in December 2016.

The changes come at an opportune time for South Australian growers as they coincide with the Free Trade Agreement between Australia and China, which will make citrus relatively cheaper across Asia over time.

Maintaining control of the supply chain

The 11 per cent tariff placed on Australian oranges in China prior to the FTA in December 2015 fell to 6.1per cent in 2018 and will incrementally decrease every year until it reaches zero in 2023.

In January, Lochert Bros re-purchased the Crusta juice plant in the Riverland from Coca-Cola Amatil and is looking at the potential for exporting bulk orange juice to Singapore, Hong Kong and China.

The company also has its own transport company, Sprint Freight and Logistic, allowing it to maintain control of the supply chain.

“Everything’s done by us from the orchard to landing on our customer’s door in Singapore or China so all they have to do is take the seal off and take out the fruit,” Lochert said.

“We’re clawing our way back – we’ve been through some rough times and things are going along a lot better that’s for sure.”

The Riverland is also Australia’s largest wine grape producing region, accounting for about 25 per cent of the nation’s annual production.

Recovering from drought and low prices

The rebound in citrus and grape prices is helping the region recover after the devastating Millennium Drought and two decades of low prices.

Citrus Australia Market Access Manager David Daniels said that while the savings for Riverland growers as a result of the Pest Free Accreditation were “substantial”, strong Asian markets were benefitting all Australian citrus exporters.

He said there was room for significant further growth in Asia, particularly in China and Japan, where Riverland growers already had a strong presence.

“The returns are very good at the moment and so they should be,” Daniels said.

“The growers put a lot of hard work into that fruit and it’s some of the best fruit in the world they are supplying.”

Daniels said Australia’s clean green image was an area the industry needed to continue to invest in.

“The food safety standards in Australia have taken another step in the past 12 months with an even greater level of complexity,” he said.

“In the long term this is going to serve us very well in Asia where they have a high expectation that we produce fruit to a certain standard.”

“Essentially, it allows high quality fresh produce to reach markets quicker than produce from other parts of Australia that don’t enjoy a pest free status,” he said.

“Farmers understand the enormous benefits pest freedom brings not only to the industry but also to the wider Riverland economy and community.

“The Riverland is the engine room of the state’s citrus industry and growers continue to provide an outstanding premium product to meet our overseas market demand.”