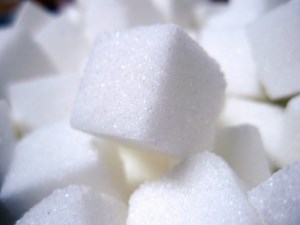 Australia’s sugar supply chain is set for a shake-up following announcements from milling giants Wilmar International and MSF Sugar that they will no longer export through Queensland Sugar Limited.

According to IBIS World, both companies will sever ties with Queensland Sugar at the end of harvest season in 2016, and create separate export channels for the 2017 harvest season and beyond.

Queensland Sugar, the modern incarnation of the Sugar Board, has historically controlled all Australian sugar exports.

Legislation originally required that all sugar be sold to Queensland Sugar, meaning there was only one channel to market.

Despite deregulation in 2006, which removed the legal requirement to go through Queensland Sugar, all sugar exports have continued to go through the one marketing body. This is set to change in 2017.

By creating separate export channels, Wilmar and MSF Sugar are creating an opportunity for revenue growth. This is crucial to their success.

Over 50% of revenue to come from exports

Slow annualised growth of just 1.1 percent is forecast for the sugar manufacturing industry over the next five years. Businesses are becoming more focused on international markets for revenue growth.

Over 50 percent of industry revenue in 2013-14 is expected to come from exports, demonstrating the importance of these markets to the industry.

Separate export channels will give the companies greater control over their exposure to overseas markets, and contribute to strong forecast revenue growth over the next five years.

However, farmers in the sugar cane growing industry are less than thrilled with these plans. The traditional single export channel of Queensland Sugar has thus far precluded price competition on the export market. Farmers fear that the creation of a new channel will cause a race to the bottom on sugar export prices.

Farmers in a strong position

Price competition in the export market will place price pressure on farmers, potentially hurting their revenue and decreasing profitability.

In spite of this, sugar cane farmers are actually in a strong position. Increasing global concerns about the ongoing sustainability of oil is driving demand for biofuels.

Consequently, demand is rising for sugar by-products used in the production of ethanol.

As this technology becomes more sophisticated and widely adopted, demand for sugar cane is projected to rise dramatically. This is expected to offset any negative price effects caused by the creation of a second export channel.

Further, global consumption of sugar is forecast to increase over the next five years.

Rising populations and income growth in countries such as China and India, along with the increasing westernisation of diets in such countries, are anticipated to drive sugar consumption upwards.

As a result, annualised revenue growth of 3.2 percent is forecast for the sugar cane growing industry over the next five years, to reach a healthy $1.2 billion in 2018-19.