‘Beginning to export can be challenging, but there are massive opportunities for Australian firms’
Karen Andrews, Minister for Industry, Science and Technology read more
Our new e-magazine is OUT NOW. Click here to read.
REGISTER ADVERTISE
SUBSCRIBE TO OUR FREE NEWSLETTER
PUBLISHED | JULY 7, 2016
COMMENTS | NONE
Tweet 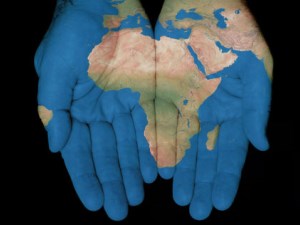 Heavily impacted by the Chinese slowdown and the fall in commodity prices the region recently posted its lowest level of growth since 2008.

However, Coface, a global leader in credit insurance, predicts some countries in the region may become profitable markets in the medium term.

Fifteen countries in the region, including several that have been severely impacted by crises, show significant potential in terms of consumer spending.

And according to Coface, two sectors offer medium-term opportunities: Retail and Information and Communication Technology (ICT).

Last year growth in Sub-Saharan Africa was at 3.4%, with Coface forecasting 2.6% growth this year – the weakest since the 2008 crisis.

“Many of these countries have attempted to maintain their exchange rates against the dollar – but with little success, due to heavy downward pressure,” notes Coface.

“Several countries have tried to restrict expenditure, in order to stem the deterioration in their public finances. The persistence of these crises has resulted in a continued state of fragility, with deep structural repercussions.

“Nevertheless, despite strong disparities within the continent, consumer spending is the one factor, which indicates that these countries may become profitable markets in the medium-term.”

Fifteen of the 55 countries analysed have the aggregate conditions required for a rise in consumer spending, says Coface.

Calculations based on two determining criteria (demographics and household consumption capacity) have been used to produce a country score ranking.

Coface has identified opportunities for retail and commerce and ICT companies in Nigeria, Angola, Ghana and South Africa.

“The growth trajectory of sub-Saharan Africa could be curbed by economic crises and political or governance issues, but these factors do not jeopardise the positive medium-term outlook.”