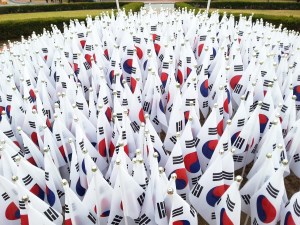 A Reuters survey had predicted a 10.8% decline for February.

“Looking ahead, export growth should remain weak in March but shrinking of exports should bottom out in March or April as demand from China recovers on stimulus measures.”

Imports shrank by 12.6% last month from a year earlier – also worse than a 11.6% fall predicted in the survey.

This resulted in a trade surplus of US$3.1 billion, more than double the amount in January as imports dropped at a faster rate, according to the Korea Customs Service.

Though trade negotiations between Washington and Beijing appear to be making some progress, export-driven Asian countries including South Korea, Japan and Taiwan are reeling from the ripple effect of the months long trade war.

South Korea's economy, like many of its export-reliant peers globally, has stuttered in the past few quarters amid slowing world demand.

Exports to China, which buys nearly 30% of South Korean goods, have been on the decline since late last year and could worsen if growth in the world's second-biggest economy slows sharply.