‘UK wine exports are at their highest level in a decade’
Rachel Triggs, Wine Australia read more
Our new e-magazine is OUT NOW. Click here to read.
REGISTER ADVERTISE
SUBSCRIBE TO OUR FREE NEWSLETTER
PUBLISHED | JANUARY 19, 2019
COMMENTS | NONE
Tweet 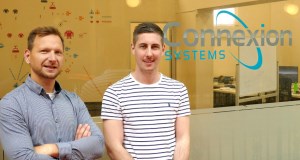 A South Australian software company has become the first local business to land a place in a federal program to help tech companies take their products to global markets.

Adelaide-based Connexion Systems will join Austrade’s Landing Pad program in San Francisco next week for an intense 90-day residency to help it establish an office in the United States.

Landing Pad was launched by the Turnbull Government as part of the National Innovation and Science Agenda. The first of five international offices opened in San Francisco in 2016 with subsequent launches in global tech innovation hot spots Shanghai, Tel Aviv, Berlin and Singapore.

So far, 206 Australian businesses have been part of the accelerator program but Connexion Systems is the first company from the state of South Australia to win a place.

Connexion Systems’ Amplify software is a strategic execution management platform that allows companies to constantly measure the value of their strategic changes, adjust forecasts and refine.

The company signed its first American customers – General Electric and pharmaceutical giant Pfizer – last year and is setting up a US office to better access the Strategy Execution Management Software market, which is expected to be worth US$400 million by 2020.

Connexion Systems Managing Director Matt Williams leaves for San Francisco tomorrow and said the size and depth of the US market made it an attractive prospect for Amplify.

He plans to use the Landing Pad program as a springboard to grow revenue by 200 per cent year on year for the next two years and double staff numbers at the company’s Adelaide headquarters by the end of 2020.

“I’m hoping Landing Pad will allow us to hit the ground running in the US to establish a base on the West Coast,” Williams said.

“Being in the San Francisco area – the entrepreneurial capital of the world – I’m hoping to learn about the latest innovations and how we can apply them to growing our Amplify business.”

Influential global IT research firm Gartner defined a new market segment it called Strategy Execution Management Software in 2016 and has identified “must have” and “should have” features of products in the space.

Williams said there was a strong alignment between the new market segment and the Amplify platform, which he hoped to capitalise on as part of the American expansion.

“We know that we have great product fit with the US market but it is also the size and the scale of the market that makes it so attractive,” he said.

One of Williams’ first meetings next week will be a roundtable discussion with Australia’s Ambassador to the US Joe Hockey and South Australian Premier Steven Marshall, who will be in California for G’Day USA celebrations on Australia Day, January 26.

Austrade is also working with Flinders University’s New Venture Institute to offer startups and scaleups with innovative manufacturing technologies a chance to be part of a five-day boot camp at the Landing Pad in Berlin with some of the world’s best manufacturers.